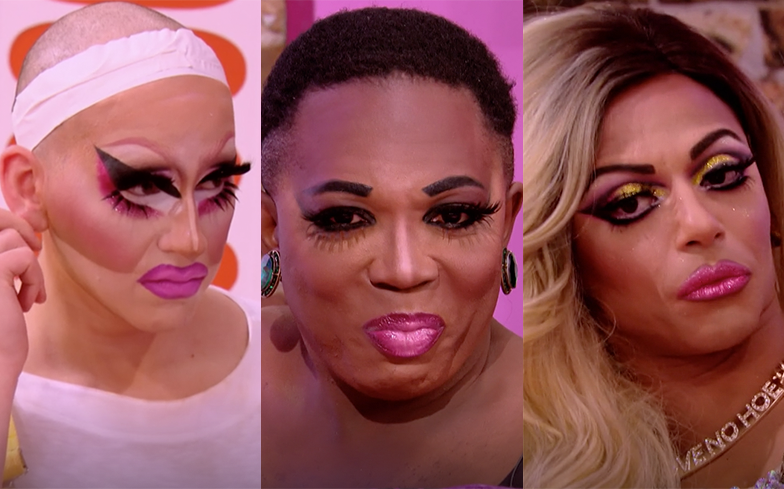 Things are getting shady up in here…

The preview for the next episode of Drag Race All Stars 3 is out and ooh henny, Bebe Zahara Benet is causing draaahmaaa!

However, “out of respect for DeLa”, Bebe announces that she will not be telling the queens who she picked to sashay away, or to shantay back into the fold, which is (unsurprisingly) met with confusion from the remaining top five.

“We do this every week girl, you don’t wanna say?” asks Trixie.

Bebe responds with, “I would just really appreciate if everyone would let that be.”

The queens soon forget about the drama, because Nancy Pelosi – Democratic leader of the U.S. House of Representatives – makes a surprise appearance in the workroom, to remind the contestants of how important it is to vote.

“People sacrifice so much in our country for people to have the right to vote,” said the congresswoman. “It’s a blessing. But we have to use it. If you don’t vote, you don’t count – and you count.”

She added: “I’m honored to be here. You’re an inspiration, I hope you know, because you really know your power. It’s about taking pride, and that’s what you do.”

In her confessional, Trixie says: “Every time you get in drag, you’re making a political statement. We live in a world where a high-power politician will walk into the Werk Room. That makes me feel hopeful.”

For this week’s main challenge, the queens star in a raunch comedy blockbuster. As a reward for ru-turning to the competition, Morgan is tasked with assigning each queen their role, and some of them aren’t too pleased with her, as Tatianna would say, “choices”.

Watch the first ten minutes of All Stars 3 episode 7 below.

RuPaul’s Drag Race All Stars 3 airs Thursdays on VH1 in the United States and on Comedy Central in the UK.