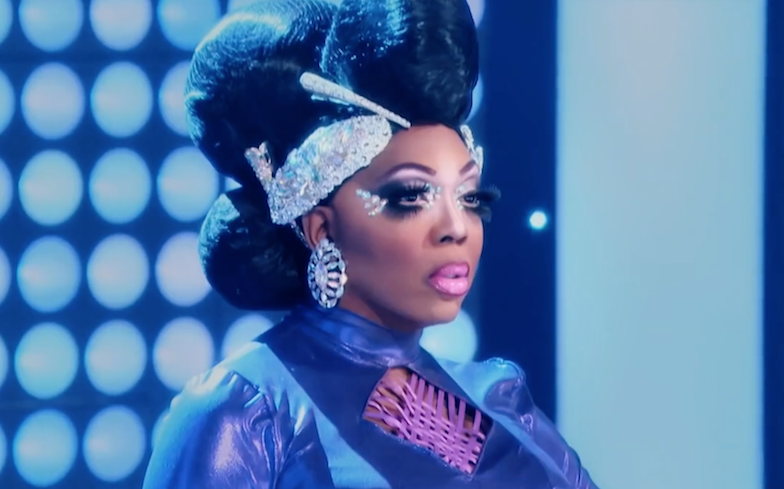 Being Bebe: The Bebe Zahara Benet Documentary is an up-close-and-personal film about the first ever winner of RuPaul’s Drag Race.

The first ever crowned queen of RuPaul’s Drag Race, Bebe Zahara Benet, has launched a kickstarter campaign to fund her new documentary film.

Being Bebe: The Bebe Zahara Benet Documentary follows her early days as a promising amateur in Minneapolis, to winning Drag Race, her following years in NYC, and now her gag-worthy return to television on All Stars 3.

Director Emily Branham has been following Bebe – real name Marshall Kudi Ngwa – for the past 12 years. The documentary is near completion, but still needs expenses for post-production.

Branham said: “It’s a really exciting moment as a whole new generation of Drag Race fans is getting to know and love BeBe through All Stars 3. And with the 10th season of RuPaul’s Drag Race launching in just a few weeks – a story about the rise and struggles of the very first winner feels even more relevant.

“We’re in a great position to finish our film once we raise the completion funds for post-production. This has been an labor of love for me for a long time, and I can’t wait to share what we’ve been up to and invite BeBe’s supporters to get involved in the project through Kickstarter.” Bebe told Billboard: “As someone who happens to be an immigrant and a drag entertainer, this project tells a unique story I believe will inspire people in today’s political climate. It started as a way to share my experiences as an outsider and blossomed into an opportunity to document what happens when culture, race, gender identity/performance and sexual orientation collide.”

The campaign went live 27 February, and will only be funded if it reaches its goal by 1 April, 2018. If you want to donate, and view more details about Bebe’s campaign, visit here.

As you know, the Cameroon beauty is currently competing on the third season of RuPaul’s Drag Race All Stars.

The series airs Thursdays on VH1 in the United States, and Saturdays on Comedy Central in the UK.