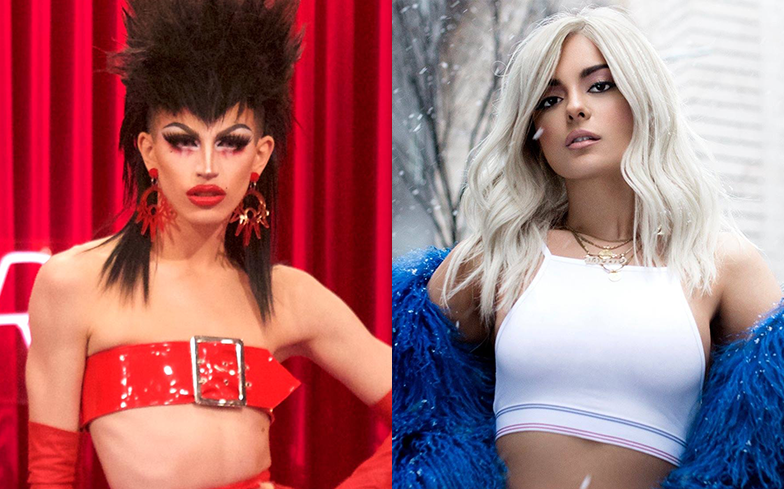 Bebe Rexha had called the queens “cold AF” after meeting them at VH1’s 2018 Trailblazer Honors.

“I met some of the contestants from RuPaul’s Drag Race and I wasn’t in hair and makeup so they didn’t know it was me and they were cold AF,” she tweeted.

Aquaria initially responded by saying: “I totally was so mushy brained that I didn’t realize until it was too late but lady you sounded INCREDIBLE in ur performances and I am living for the new album!!! Congrats and we need a picture next time!”

However, she later tweeted out: “Actually no, too vague. If you’ve ever met any of the 4 of us you’d know we don’t think we’re the shit or anything of that sort. We’re really just artists who were being swept through a crazy week in our lives where we nearly had a second to take things in.”

She continued: “I don’t think any of us would intend to be rude or shady to any other performer and if people knew anything about us it’s that we are far more humble and real than anyone else would expect.

“We’re now on twitter complaining about the same thing everyone always tries to pit on drag queens that we’re stuck up bitches who don’t have time for the people who enjoy our work.

“Bebe tried to read and then backpedalled and got cute, new outlets and whatnot are talking about how she “exposed the top four” when in reality she just exposed that we couldn’t recognize her. Now there’s nasty headlines about us.” However, speaking on David’s Out For A Good Time podcast, Bebe said that the feud was over and that they were all “besties” now.

“I was just trying to say I had no fucking makeup on and I looked like shit, so she didn’t notice me. I think that they were also just tired and overworked, because it was the finale week,” she added.

Bebe also said that she had apologised to Aquaria after meeting her at a Jeremy Scott fashion show. “I had no idea that she was 22, I was like “Oh my God, I feel so bad,” she said.

“I can understand why she was tired – that’s a lot for a 22-year-old to handle, to win Drag Race and to travel, and we still live in a fucked-up world where it’s still hard to be who you truly want to be. So I got that, and I felt really bad.”