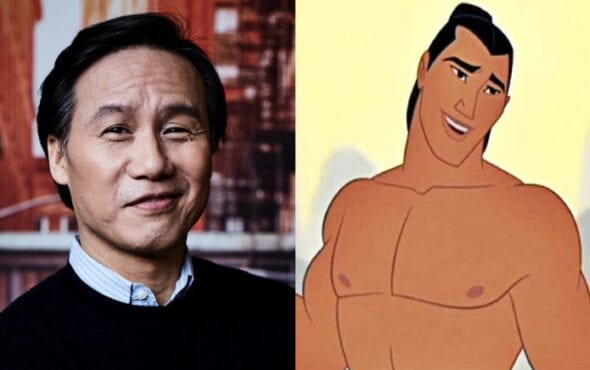 Jurassic World star BD Wong has opened up about his Mulan character Li Shang and his sexuality in a brand new interview.

While appearing on the Las Culturistas podcast, Wong was asked if his beloved character was attracted to Ping, who was Mulan in disguise.

“I would like to think that he was. I don’t want to disappoint anyone and I don’t want to be a coward or anything like tha … okay, but you know what. Okay, no. Fluidity is a very important thing to acknowledge,” he said.

Over the years, Li Shang has been hailed as a “bisexual icon” due to fans pointing out an attraction between the army general and Ping.

Wong went on to elaborate on the the making of the film and the evolution of fluidity within pop culture.

“When we made the movie, fluidity was not a word. We didn’t talk about fluidity. Now we have fluidity. Now we watch Shang and his choices and his actions and see it through fluidity,” he explained.

“And this whole idea that there’s a needle and it goes from zero to 100 and it doesn’t have to be one place or another. It can move. You can change your pronouns and then change them the next day if you want and that’s good and should be the way it is.

Later on in the interview, Wong discussed being let go from singing the fan-favourite track I’ll Make A Man Out of You, which ended up being sung by Donny Osmond.

“I just nodded and said ‘ok’… This was probably the first time, in a big way where I was forced to deal with something that was out of my control.”