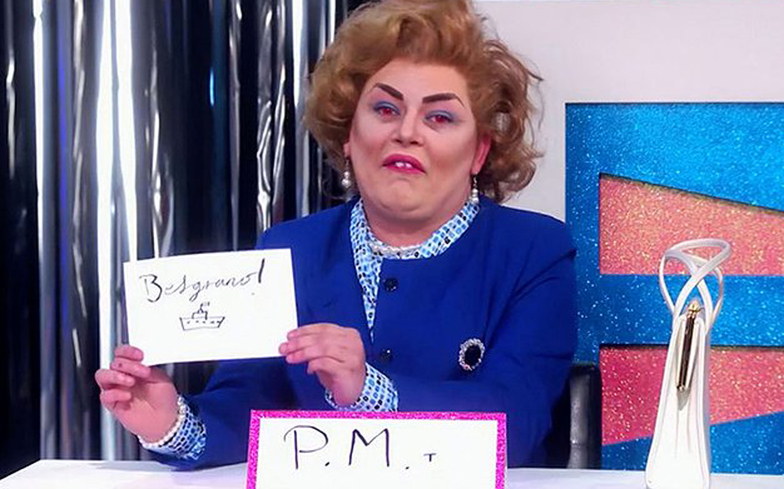 The BBC have rejected complaints over a joke made by Drag Race UK contestant Baga Chipz.

Two viewers complained to the broadcaster after the London-based drag queen was asked to suggest a Spice Girl name for judge Michelle Visage during the popular celebrity-impersonating Snatch Game challenge.

Dressed as former British Prime Minister Margaret Thatcher, Baga replied, “Belgrano Spice, because like the ship, she likes to go down.”

The joke was a reference to the General Belgrano, an Argentinian cruiser that was sunk by British forces during the Falklands War in 1982, killing 323 people.

The BBC’s executive complaints unit began an investigation after the episode aired in October 2019, but have now rejected the complaints.

A spokesperson told The Times that Drag Race UK was known for “tackling adult themes” and that viewers would understand that it was a joke within the context of the show.

“RuPaul’s Drag Race UK is an award-winning show which has a long and well-established tradition of tackling adult themes and this comment was made during a segment of the show focusing on parody, where the audience would have understood that the comment was not intended to be taken seriously,” the spokesperson said.

“This is why the [complaints unit] found that it was not in breach of standards.”