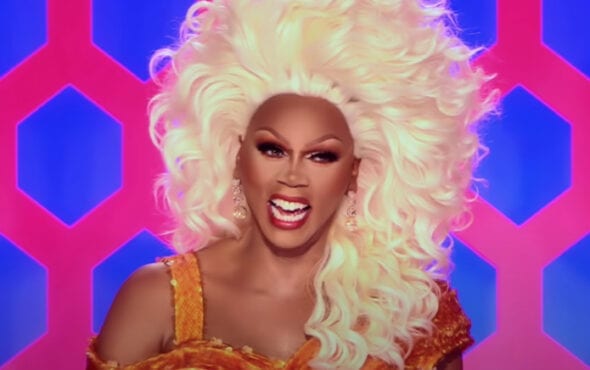 The release date for RuPaul’s Drag Race UK has FINALLY been announced.

Like many other productions this year, filming was shut down on the second season of the highly-anticipated follow-up in March due to concerns over the coronavirus pandemic.

However, production resumed last month – according to Alan Carr’s recent comments – and has now been confirmed to sashay onto our screens on January 14 at 7pm.

Yep, that means there will be an overlap with Drag Race seasons for the first time – World of Wonder recently announced that the 13th instalment of the US original will premiere New Years Day.

Unlike its widely acclaimed predecessor, which saw The Vivienne triumph over Baga Chipz and Divina De Campo as the UK’s First Drag Superstar, season two will introduce 12 queens to British audiences.

RuPaul will be joined once again by Michelle Visage, Alan Carr and Graham Norton. Vicar of Dibley icon Dawn French and infamous gamer Gemma Collins have been confirmed to guest star.

During an episode of Jessie Ware’s podcast Table Manners, the former revealed: “They did originally ask me to be a full-time judge, but I couldn’t, I don’t live in London.

“But I am going to be a guest judge in a couple of weeks.”

And according to the Daily Star, Gemma will judge the most sickening game of all – Snatch Game.

“Everyone is thrilled Gemma agreed to be part of the new series. She is a dream signing. Snatch Game is all about having a laugh, so Gemma is perfect for it,” they said.

Santa called and said you can have one present early.

The first episode of #DragRaceUK series two lands on @bbciplayer on January 14th at 7PM. pic.twitter.com/yWr5G5zvmt

“Also, because we’re so excited about it and can’t keep it a secret, we wanted to share the news now that there is going to be a third series as well.

“It’s been a huge hit for us and we love it as much as you do so we’re delighted that we can continue our relationship with World of Wonder and can bring even more Drag Race to BBC Three.”

Fenton Bailey and Randy Barbato, World of Wonder Co-Founders and Executive Producers, said: “Sashay away 2020. 2021 is just around the corner, and with it not one but two seasons of RuPaul’s Drag Race UK.

While we wait for season two, check out our list of ten sickening queens that we’d love to see sashay into the werkroom.