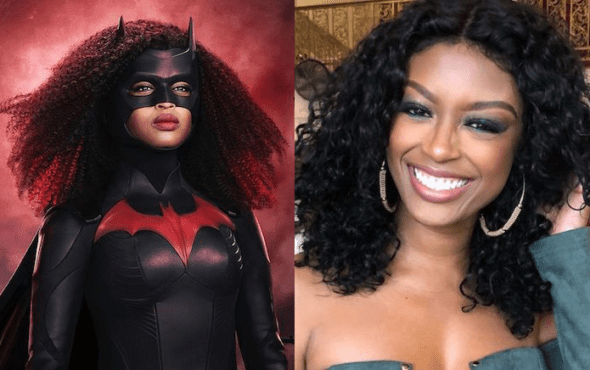 Come through acceptance and love!

In a new interview with Health, the 33-year-old actress revealed that she wasn’t out to her mother when the Batwoman casting news was announced.

“She and I had never talked about it. She was like, ‘You don’t have to talk to me about it. I’m your mother, I’ve known since you were a child.'”

“Once that was said, I didn’t have to speak to anyone else about it because my mother knew me and understood me,” Leslie said.

The actress also touched on mediating and the practices she uses to stay “grounded”.

On being an empath she states: “I’ve learned that I have to constantly empty my cup because it fills with other people’s stuff. I’m a huge meditator, and that helps.”

She continued: “I have a room in my place that’s strictly for meditating […] I’m also an avid journaler – sometimes you just need to write things out. Doing those things helps keep me grounded.”

Leslie recently took to Instagram to gush about her upcoming role and the power of manifestation, stating: “When I first moved to LA, I used to drive up Sunset Blvd and look at the billboards for inspiration.”

“[…] This is manifestation and hard work, one does not exist without the other!” she continued.

Leslie joined the cast of Batwoman earlier this year after Ruby Rose announced she would be leaving the superhero series.

“I have made the very difficult decision to not return to Batwoman next season. This was not a decision I made lightly as I have the utmost respect for the cast, crew, and everyone involved with the show in both Vancouver and in Los Angeles,” said Rose.

Two months after Rose’s departure, it was announced that Leslie would be taking over the role as a “likeable, messy, a little goofy and untamed” character who will take over from Kate Kane/Batwoman.

We can’t wait to see Javicia Leslie in action as Batwoman, which is set to premiere on 17 January.