Batwoman series recasts Kate Kane for second half of season 2 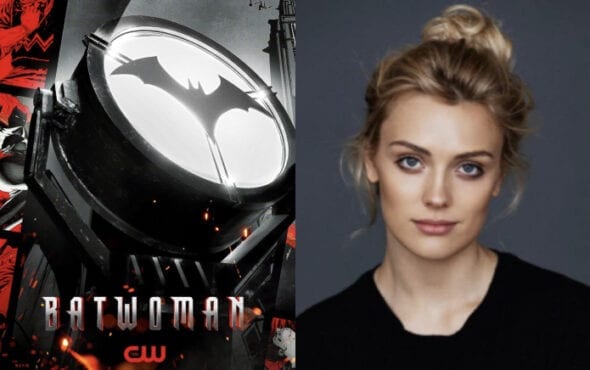 What will this mean for the Bat team going forward?

The Batwoman series is set to have Kate Kane make her return but the character will be a bit different from the last time viewers saw her.

According to Deadline, actress Wallis Day will be taking over the role of the missing Kate Kane.

Ruby Rose originally portrayed the character in season one of the series before leaving the show last year.

During last week’s episode, it was revealed that Kate survived a plane crash in which she suffered injuries that altered her appearance.

Taking to Instagram, Wallis shared her excitement about the role and taking on the iconic character.

“Super excited to finally announce I’m joining the cast of Batwoman. I’m sure you can imagine how much this means to me and how incredible it’s been working on the show so far,” she wrote.

“It’s a huge responsibility stepping into the shoes of a character that’s already been established and it’s journey I’m looking forward to being a part of and hoping you guys do too. Everyone’s made me feel so welcome and it’s amazing being back home with my DC family.”

Even though Kate is alive and somewhat well, this does not mean Javicia Leslie and her history making character Ryan Wilder will be giving up the Batwoman mantel.

In an interview with Entertainment Weekly, series showrunner Caroline Dries opened up about the return of Kate and what it means for the Bat family going forward.

“Seeing Ryan grow into the Batsuit has been priority one from a storytelling point of view, and has been a beautiful journey so far witnessing Ryan take on that mantle,” she explained.

“She belongs to the suit. And when Kate comes back, and when they discover Kate’s back, that confidence will be rattled a little bit … Ryan will go through her own journey of learning to believe in herself, and that’s really something we want to focus on towards the later part of season two.”

In the upcoming episodes, fans will be find out what Kane has been up to and what’s in store for her character moving forward.

Maybe she’ll be an Oracle type figure for Wilder’s Batwoman? The possibilities are endless.

Wallis Day is no stranger to the DC Universe.

Back in 2018, she starred in the series Krypton, which was set 200 years before Kal-El/Superman’s birth.

Watch a sneak peek for the episode below.