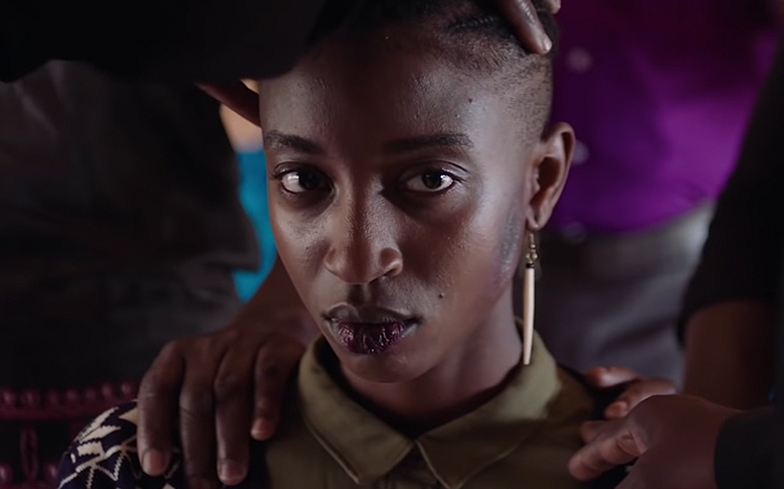 Despite becoming the first Kenyan film to screen at the Cannes Film Festival earlier this year, Rafiki was banned from release in its home country because of its homosexual content.

Director Wanuri Kahiu sued the country for banning the film as she wants it to compete for the Best Foreign Language Film at the 2019 Academy Awards, but in order for it be considered it needed a domestic release in theatres for at least a seven-day period.

Kenyan judge Wilfrida Okwanny lifted the ban, but ruled that Rafiki would only be allowed to be screened for those seven days.

That period came to and end last weekend and it was named the top performing film in Kenya for the week, beating Hollywood blockbusters Night School and The Nun.

What’s more, after grossing more than $33,000 in a week, it has become the second highest-grossing Kenyan film of all time.

“Over a seven day release, Rafiki has experienced a rush at Prestige Cinema only felt before at the Black Panther release earlier this year,” said Rafiki’s Kenyan distributor, Trushna Patel from Crimson Media.

“Even though there was limited screen time allotted at the last minute after the court ruling, the film was performing to full house capacity at all shows running, a welcome scene for a Kenyan film.”

Kahiu added: “Thank you so much to all of you who came out and watched the film. Thank you for celebrating Kenyan film with us! We are so grateful. As we return to court to argue for freedom of expression, we carry you with us.”

There were reports that theatres in Kenya were scrambling to put on more screenings of Rafiki to fulfil the overwhelming demand.

“The success of the theatrical release proves that there is a strong commercial market for Rafiki in Kenya,” said Rafiki producer Steven Markovitz.

“We intend to take this film to other African countries to continue to build the case that quality African films are commercially viable on our own continent.

“The film will be re-released in Kenya, when permanently unbanned.”

Meanwhile, the High Court of Kenya is debating laws surrounding “unnatural sex”. A case was brought against the criminalisation of homosexuality using the current law, as it was described as “too vague”.

The landmark ruling, which was expected to come in on April 26, could either decriminalise homosexuality in Kenya, or makes the current laws much worse for the LGBTQ community.