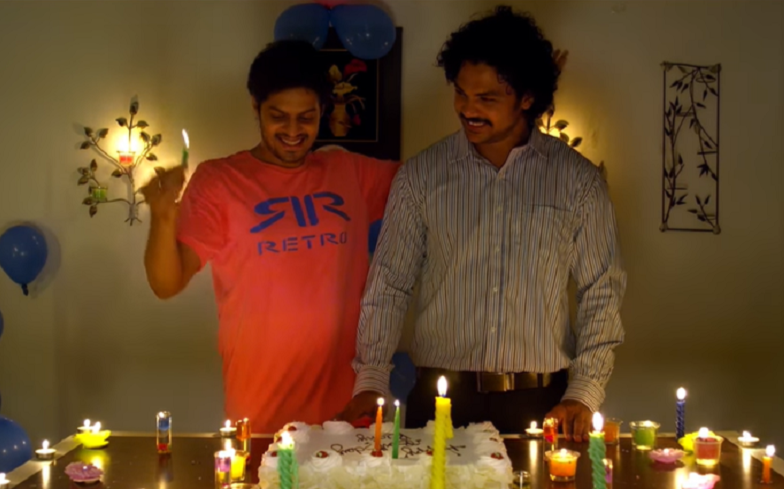 Ka Bodyscapes was completed in 2016, but Indian censors had banned the film.

An Indian film that was banned by censors for “glorifying homosexuality” will finally be shown in India following the historic ruling by the Supreme Court which legalised homosexual sex acts.

Because of the ban, Ka Bodyscapes had only been seen in international film festivals in Italy, the United Kingdom and the United States. After the Supreme Court’s ruling, the Central Board of Film Certification, which banned the film, had their ruling overturned, and the film premiered in the state of Kerala yesterday.

The film follows the story of an artist, his boyfriend Vishnu, and their mutual friend Sia, who rejects the female gender identity attempting to find their place in a conservative society.

Describing the film, its director, Jayan Cherian told The Hindu: “In a nutshell, it deals with the struggles of Kerala’s youth to find a space for themselves and for individual freedom.”

Cherian also praised the Supreme Court’s ruling, saying: “It’s heartening and significant that it’s reaching cinemas when the apex court has struck down the portion of the law that criminalised homosexual relations.”

Speaking about the film’s importance he spoke of the negative reaction toward those who went against the status quo: “There’s a lynch mob out there that has browbeaten writer S. Hareesh, silenced writer Perumal Murugan and eliminated thinkers and activists like Kalburgi and Gauri Lankesh.

“An artist’s only weapon of resistance is his/her art practice. We need to tell the world that we are alive and refuse to be cowed down.”

Last month, Kenya temporarily lifted a ban on the lesbian film Rafiki, in order to allow it to compete for the Best Foreign Language Movie at this year’s Academy Awards. Although the ban was only lifted for a week, the film went on to become Kenya’s second-highest grossing film of all time.