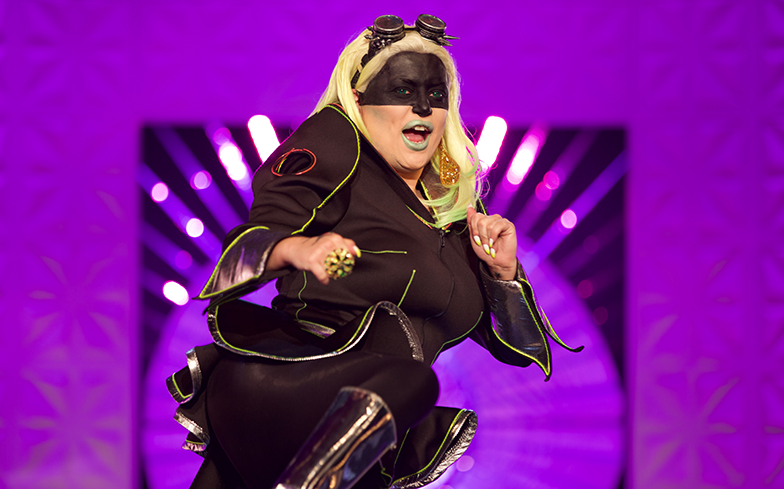 Baga Chipz has responded to rumours that she’s been cast on the fifth season of Drag Race All Stars 5.

The legendary queen has been speculated to appear in the upcoming spin-off ever since her debut on the first season of Drag Race UK last year, where she became one of the best performing queens in HERstory, winning a total of three maxi-challenges.

She also served one of the greatest Snatch Game characters of all time in Margaret Thatcher, became a Frock Destroyer and proved to be the breakout meme queen of the season thanks to catchphrases such as, “Much bettah!”

Despite this, it looks like Baga won’t be making her All Stars comeback anytime soon. On her official Twitter account, the star made it clear to her fans that she will not be sashaying back into the werkroom, saying: “Stop messaging me. I’m on licence.”

RuPaul confirmed a new season of Drag Race and All Stars before the British spin-off aired on BBC Three. “Hey squirrel friends! Are you hungry for more RuPaul’s Drag Race?” he said in a statement. “Good, because your country breakfast is ready!

The past two instalments of All Stars premiered in December before the 10th and 11th seasons, so if it follows the same template, we can expect the fifth season to debut before season 12. That means it’s actually overdue…

We recently scoured the internet for every possible queen who could be sashaying into the All Stars 5 and season 12 werkroom and of course, it’s completely speculative and is based off social media, cancelled gigs etc.

Check out the rumoured cast for All Stars 5 here and season 12 here.

Shortly after her stint on Drag Race UK, Baga landed her very own spin-off series Morning T&T with fellow squirrel friend and season one winner The Vivienne, where they portray their Snatch Game characters for a parody of Good Morning Britain.

Morning T&T is available to stream now on WOW Presents Plus – watch the trailer below.