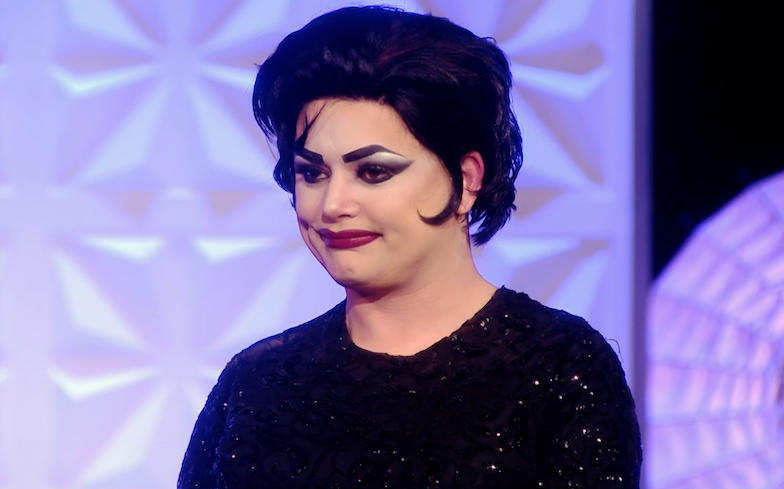 “No one knows my life story.”

Baga Chipz has requested for fans to “be kind” following the backlash from the most recent instalment of Drag Race UK.

On this week’s episode, the final four queens – Baga, Cheryl Hole, Divina De Campo and The Vivienne – were tasked with giving their mums and sisters a sickening drag makeover and to sashay, shantay and panther down the runway.

The Vivienne and Divina were praised for their transformations while Cheryl received mixed critiques; Baga’s mum was met with a very negative reception, with Alan Carr saying she looks like she’s about “to go trick or treating”.

On the main stage, Baga told the judges – including special guest star Michaela Coel – that she struggled with her mother’s makeover because she’s a “woman of a certain age”, has a “bit of a tum” and is also “blind as a bat”.

Throughout the episode, the star revealed that their relationship wasn’t as close as the other pairs in the werkroom. However, Drag Race viewers – and her fellow contestants – took issue with how Baga spoke to her mum.

She initially brushed off the online comments, telling her fans that she “loves” her mum and is “proud” of what she accomplished on the show. This morning, she sent out another tweet in response to the backlash.

Baga ultimately found herself in the bottom two for the first time against Cheryl Hole. The two queens battled it out to Amy Winehouse’s classic jazz-pop anthem Tears Dry on Their Own, before Cheryl was told to sashay away.

On next week’s finale, the top three will be “serving us an all-singing, all-dancing performance” and “lip-syncing for their life… and the crown”. AJ and Curtis Pritchard will guest star to choreograph them in their final show-stopping challenge.

The final episode of Drag Race UK airs next Thursday on BBC Three. All seven episodes are available to stream on BBC iPlayer.