Awkwafina and Sandra Oh to star in sister comedy for Netflix 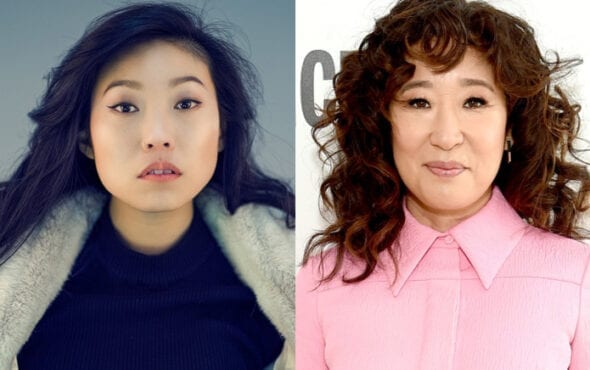 Netflix haven’t given much away… but, we are excited!

The streaming giant has teased a blockbuster new comedy with the confirmed cast so far including Golden Globe winners Awkwafina, known best for her roles in Crazy Rich Asians and The Farewell, alongside Sandra Oh, aka the icon who stole our hearts in Grey’s Anatomy and Killing Eve.

As a part of their quick fire update, Netflix also announced Jen D’Angelo has been assigned as the writer for the mysterious untitled project. If you’re unfamiliar with Jen’s work then that’s on you. Both a producer and actress, she wrote the upcoming sequel to Hocus Pocus for Disney+ and is also the co-executive producer on the NBC series The Young Rock starring Dwayne Johnson.

Jessica Elbaum and Will Ferrell  have been listed as production representatives on behalf of the production company Gloria Sanchez, which is known for launching hit TV shows such as Netflix’s Dead To Me. According to the show’s credits, producers Itay Reiss and Maggie Haskins, from Artists First, are also on board.

You might think this isn’t much to go on, but it gives us eagerly awaiting viewers an insight into the quality of the upcoming comedy and, at a first glance, the unnamed production is looking promising.

If that’s not enough for you, well, here’s the meatier part; the premise of the comedy. The production will follow a “lonely recluse’s life is upended when her train wreck of a sister vows to mend their relationship by helping her fulfil her lifelong dream: to be a contestant on her favourite game show.”

We don’t know about you, but something tells us that Awkwafina will be playing the train wreck sister and we can’t wait to see it.