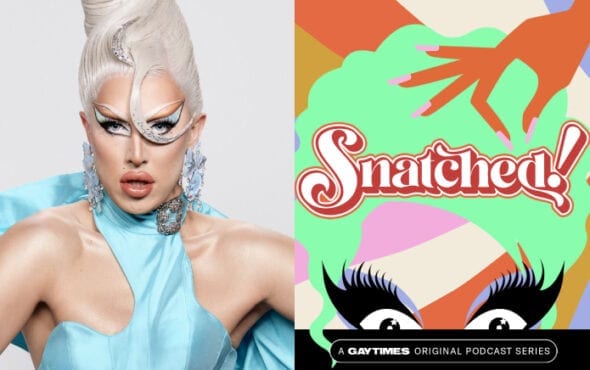 This week, Sam and Umar discuss the utter chaos of Drag Race UK’s first ever stand-up challenge, which resulted in A’Whora lip-syncing for her life against Tayce, her best friend and roommate, before sashaying away in fifth place.

Later, A’Whora reveals the unaired moments from the main stage and why her stand-up routine was censored by the BBC. The Worksop-born entertainer also addresses the ‘weird’ critiques over the course of the series.

Speaking about the talk show challenge, which saw Lawrence Chaney conquer as a pre-school presenter, A’Whora says: “It was a weird one again. We finished that challenge and I was sat backstage with Lawrence, who was crying.

“She was like, ‘I’m in the bottom. I’m going home.’ We all thought it was me and Ginny Lemon who had won that challenge. We thought, ‘Us two have got it in the bag.’ So when we got the results… You can never write it.

“That’s what is good about the show because when you think you’ve got it, you haven’t. That’s the power. It keeps us on our toes and makes us want to watch it more. It gave me more of a drive to succeed and do well.”

A’Whora also talks about her relationships with the rest of the season two cast, the misconceptions viewers still have about her and how she plans to dominate the industry post-Drag Race.

The first eight episodes of Snatched! are now available on all streaming services, including Spotify and Apple Podcasts. To hear the full unedited interview, sign up now to GAY TIMES+.