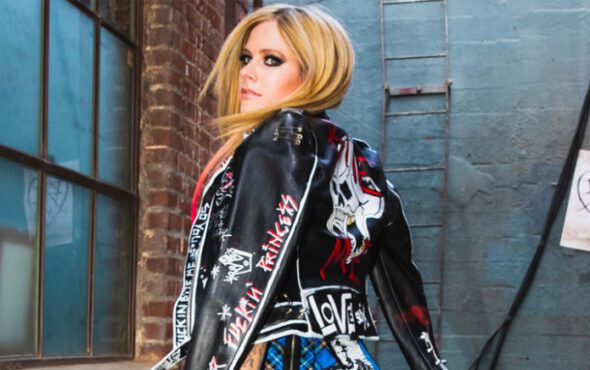 Avril Lavigne has released the iconic music video for Bite Me, the first single released from her upcoming seventh studio album.

After her latest record focused on her fight for survival as she battled Lyme disease, Avril’s fierce new song is a reminder of why she is and always will be the Queen of Pop Punk.

“You should’ve known better, better to fuck with someone like me,” she sings on Bite Me’s explosive chorus.

The bold breakup anthem is reminiscent of what is widely seen as Avril’s most commercial and radio-friendly record, The Best Damn Thing.

Songs like Girlfriend (which went on to become her first number one on the Billboard Hot 100), I Can Do Better and Everything Back But You saw Avril transition to bubblegum pop intertwined with pop punk as she moved away from the darker sound of her sophomore album, Under My Skin.

The Canadian singer-songwriter now appears to be returning to her roots, as Bite Me offers the empowered lyrics her music has become known for with a similar sound to her legendary third album.

Released on 12 November, the song’s music video sees Lavigne do what she does best as she confidently performs with her band.

From the pink dye in her hair to the blue plaid skirt, you wouldn’t be a fool to assume the video walked right out of 2007 itself.

With Travis Barker co-producing the track, appearing in its video, and being the founder of the label Avril just signed with, it’s no surprise that the single is reminiscent of her earlier work given that they have worked together before.

“I’ve always admired Travis and his work,” Avril explained. “The first time we worked together was 15 years ago on my album The Best Damn Thing and I have really enjoyed watching him develop into the producer that he is today.

“We spent a lot of time writing songs and working on this record together, and signing to his record label, DTA felt like the perfect home for me and my new music.

“Travis understands my vision as a musician, my creative process as an artist, and my goals at this stage of my career.

“I am excited to be dropping Bite Me. It’s an anthem about knowing your worth, what you deserve, and not giving someone a second chance who doesn’t deserve you.”

Avril gave her first performance of the track on The Late Late Show with James Corden on 10 November, with the album expected to be released in early 2022.

It marks her first release with DTA Records and gives us the first glimpse into her upcoming seventh studio album (which she confirmed was finished in February) and follow-up to 2019’s Head Above Water.

Bite Me is out everywhere now.