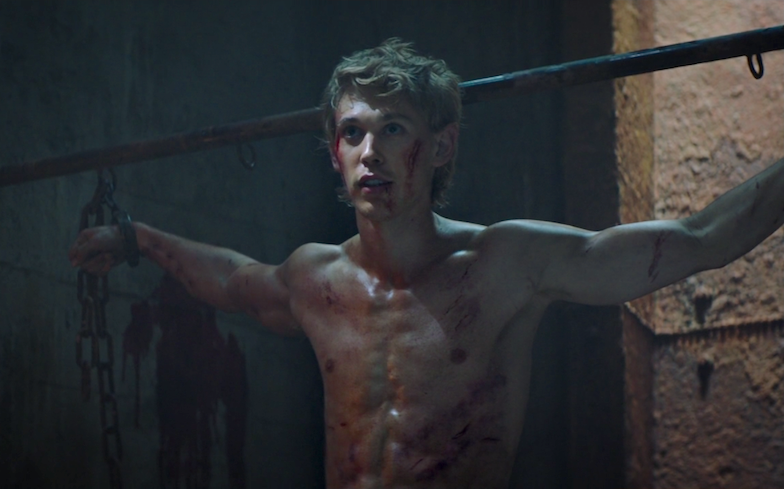 Terrible for his character, great for us viewers…

Austin Butler’s treated fans to another shirtless, thirsty scene in the latest episode of The Shannara Chronicles – and this time, he’s all chained up!

It seems like the American actor strips off every episode, and we just want to say thank you to whoever put that in his contract. Seriously – thank you.

Take a look below…

Oh, and try and see past the part where his character is being horrifically tortured. You’re welcome! Created by Smallville duo Alfred Gough and Miles Millar, the show follows the storylines of The Elfstones of Shannara, which is set in the fictional Four Lands.

Austin Butler’s character, Will, is tasked with banishing demons back to the Four Lands after they escaped a world titled – The Forbidding. Yep, very ominous.

Trust us – it’s addictive, and Austin Butler takes his kit off every now and again. Sold yet?