These athletes are bonding with a hot three-way makeout session 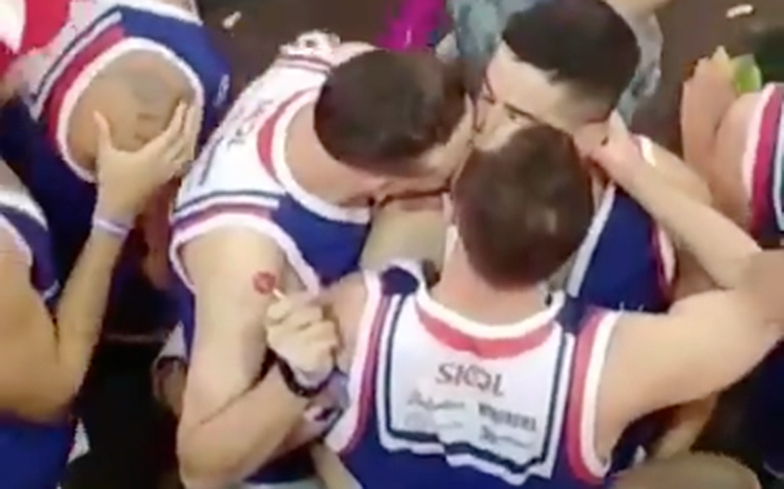 A video taken during Carnatal, the largest off-season Carnival in Brazil, is going viral on Facebook with over one million views so far – and if you give it a watch, we’re sure you’ll understand why it’s become so popular.

The 20-second clip starts with three athletes having a pretty intense make-out session during the festivities, before a fourth person decides to get involved and they break off into two pairs.

“Look at how Friday at Carnatal was!” the caption on the video reads.

We’re not entirely sure what’s going on here – aside from the obvious kissing – but we think you’ll love it.

Give the video a watch below.