Astrid S on LGBTQ fans, her inspirations, and success in the age of streaming 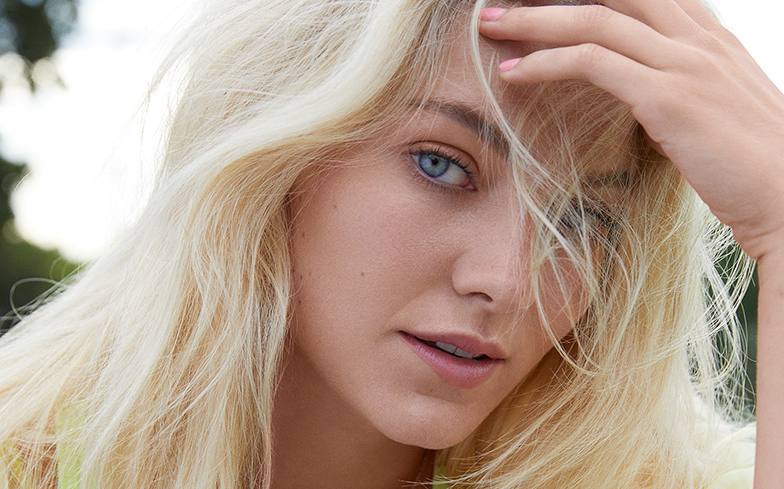 With cinematic visuals and infectious Scandi-pop beats, it’s no surprise that Norwegian-born Astrid S has amassed a significant following of LGBTQ fans, and it’s a love that’s mutual.

“It means so much to me because I have so much love and respect for them and to receive that back is very special,” she tells Gay Times as she releases brand new single Closer. “They inspire me so much to be myself.”

Fresh off the back off an arena tour with Years & Years, we spoke to Astrid about her songwriting inspirations, the effects of streaming on musicians, and when we’ll finally be getting our hands on that elusive debut album…

Emotion is an incredible song – where did the inspiration for that come from?
It came from watching a couple movies actually. I watched Whiplash and Black Swan, and the two movies remind me of each other, and also I could relate to the relationships the main characters have, or the dynamics between them. So thats where the inspiration came from, how the teachers misused their power and had the students around their finger, but for me it happened more as a friendship. Hopefully people can relate to it in different ways.

What has the reaction been like so far?
It’s been really good! I was bit nervous to release it because it’s a bit different from what I’ve released before, but I’m really happy that people seem to like it. This song means a lot to me.

So between Closer and Emotion, are we building up to your debut album?
Yeah, hopefully! I’ve been writing a lot this year, but for me the hard part is actually finishing the songs, so we’ll see how long it will take to put the whole album together. I have a lot of songs that I’m excited about, I just have to finish them.

Does it feel like the album has been a long time coming, or has it been a natural process?
To me it’s been a natural progression. I was so young when I started releasing music so it was very natural to me to just release EPs and singles, because I felt like that gave me more space. I don’t think I was mature enough to even make an album, but now I feel like I’m more in charge and I’ve developed as a songwriter so that’s why I’m doing it now. But yeah, it’s been a long time coming!

Where have you taken inspiration from when working on the album?
Mostly personal experiences, but I’m also very inspired by reading books and watching movies, I think it’s important to be able to connect with a character or a situation. I’m also inspired by other artists and what they’re doing.

Who are you listening to at the moment?
Well I’m on the Years & Years tour so I’ve been listening to their music a lot, which is actually kind of embarrassing because I’ve been humming and singing their songs down the corridors and I’m trying not to! I really love the new Ariana Grande song too. So then I listen to my own demos and figure out how to make them better. As someone who has focused on singles and EPs so far, I’m curious what your thoughts are on the streaming era that we’re in right now. Do you think it’s made it easier or harder for artists to break through into the mainstream?
That’s a hard question. Personally, I feel like it’s made it easier for a song to be big, but it’s made it more difficult for an artist to be big. It can easily happen that your song blows up and people connect with the song but they don’t necessarily connect with you. So that’s what I find hard, to make people get on board with my name and me as an artist. I see it with other artists as well, it can happen so quickly that one song blows up and it’s just a one-hit wonder. So I feel like maybe that was easier before when artists would focus on albums, but then I do think streaming has made it easier for more people to break through. How I remember it previously, when I was younger, there were like four big bands and four huge solo artists, but now there are so many artists that are doing well, and there are new up-and-coming artists every day.

There’s a lot more choice now.
Yeah, so I think it’s very exciting that we have streaming.

With a lot of artists moving away from traditional album cycles and focusing on releasing great singles one after the other, do you think that the concept of an album will always have a place in music?
Yeah, I really hope it will, and I do think it will because, to me at least, I think it’s a very different thing to make a whole album. It feels a lot more thought through and personal, and I feel like people will get to know me in a whole different way. I don’t think artists will ever want to give up on albums. But I think it’s very interesting how a lot of albums I listened to growing up had a very clear red thread and a specific sound, whereas I think how people listen to music today – even I do this, and so do my friends – is that you listen to a playlist where you’ll have one Drake song, and then an old 90s song, and then the new Ariana Grande song, and then a jazz song, so you end up listening to a lot of different kinds of music all together. I feel like that’s made the album format expand in a way, where I can make songs and I don’t feel like I need to have that super specific sound and red thread. So I can make a song that was inspired by old Queen records, and another song inspired by Ariana Grande, and another inspired by R&B music, which I think is really cool. But hopefully albums will never go away.

First you toured with Troye Sivan, and now you’re touring with Years & Years. Do you feel a connection to the LGBTQ community?
Yeah, definitely! For sure. I really remember the Troye Sivan tour, I’ll never forget it. I was blown away by the love and support I got from the crowd, and a lot of my fans today are some of the people from that tour back in 2016, which means the world to me.

Have you noticed that you have a lot of LGBTQ fans, then?
Yeah, I have noticed that, and it means so much to me because I have so much love and respect for them and to receive that back is very special. I just want all the best for them, and they inspire me so much to be myself and to write music and to make something they can connect to. So it’s really special.

What else can we expect from you in 2019?
That sounds like an easy question, but it’s kind of difficult to answer! I try not to have too many expectations, but I have a couple songs I’m super excited about, hopefully I’ll be able to tour again, and I will just keep on working hard and try to make the best music I can. We’ll see where it takes me.