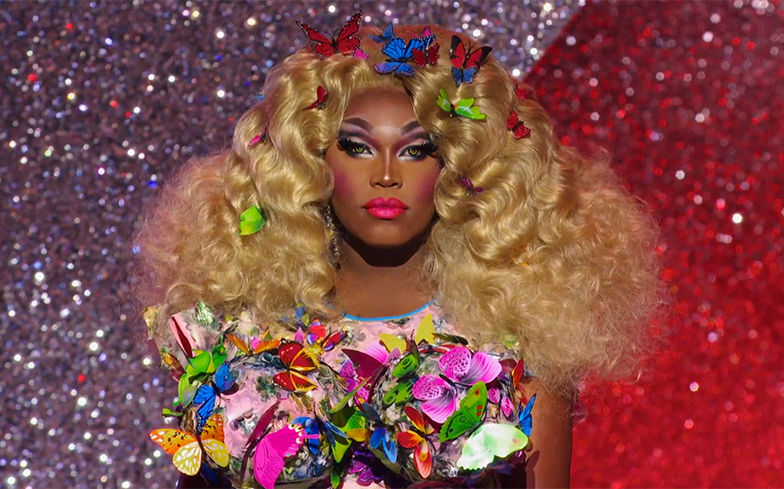 During a recent performance in Brisbane, the Drag Race star paid tribute to her iconic butterfly routine from the season 10 finale with two hunkay dancers, both of whom were dressed as the winged insect.

“Right now I’d like to introduce you to some friends of mine,” said Asia, as she introduced her back-up dancers to the tune of Flight of the Bumblebee by Nikolai Rimsky-Korsakov.

The three then engaged in a high-energy dance number before one of the dancers fell to the floor, which resulted in Asia performing CPR, followed by a short lip-sync performance to Don’t Leave Me This Way by Thelma Houston. (Imagine straight people reading this.)

Dancer number two then lip-synced to Gloria Gaynor’s survival anthem, I Will Survive.

The revered performer planned to reveal a number of hidden butterflies from her wrists and chest, but unfortunately, the insects never got to – let’s just say – fulfil their potential. Some of them died and some of them were just too fucking knackered and fell to the floor.

After the episode aired, Asia tweeted: “Despite months of research and rehearsing with a professional company, what I hoped would be an amazing and safe display of optimism, and a surprise for everyone including production and the network, it did not go as planned.

“I would like to publicly offer the entire world my deepest apology. It’s important that everyone knows that I would never purposely hurt any living being and have the utmost respect for all animals.”

Related: RuPaul’s Drag Race is the most important queer TV show in HERstory, and here’s why.