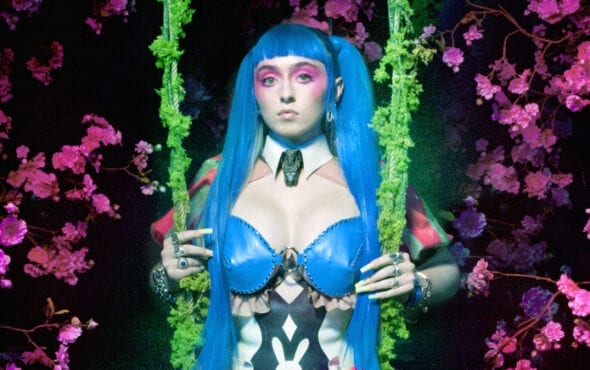 Ashnikko has brought forward the release of Demidevil.

After merchandise for the highly-anticipated mixtape was sent out a month prior to its “desired release”, the star has moved the date to this Friday (15 January).

“I honestly don’t think it’s fair that you all don’t get to hear the music at the same time and enjoy it together,” Ashnikko told fans over Instagram.

Alongside the new date, she’s shared the video for Deal With It, her “tentacle break-up fantasy brought to life” that includes a sample of Kelis’ iconic R&B anthem Caught Out There.

Ashnikko said of the track in a statement: “Having a sample of Kelis’ Caught Out There is an actual dream come true. My childhood musical hero.”

Demidevil will also include Daisy, which became Ashnikko’s highest-charting single in the UK, as well as collaborations with Princess Nokia and Grimes.

When we spoke to Ashnikko last year, she teased the release of a track called Clitoris: The Musical, in which the star playfully hits out as the “audacity” of cis-het men.

“Clitoris is my pride and joy. I just think it’s so funny. My great pleasure in life is knowing that a board room of old white dudes had to listen to it,” she told GAY TIMES.

She went on to call her music the “antithesis of the male gaze,” because it’s “about my pleasure, my sexuality, my needs and wants first and foremost.

Demidevil will be available on iTunes and streaming services this Friday. You can watch the music video for Deal With It (feat. Kelis) here or below.