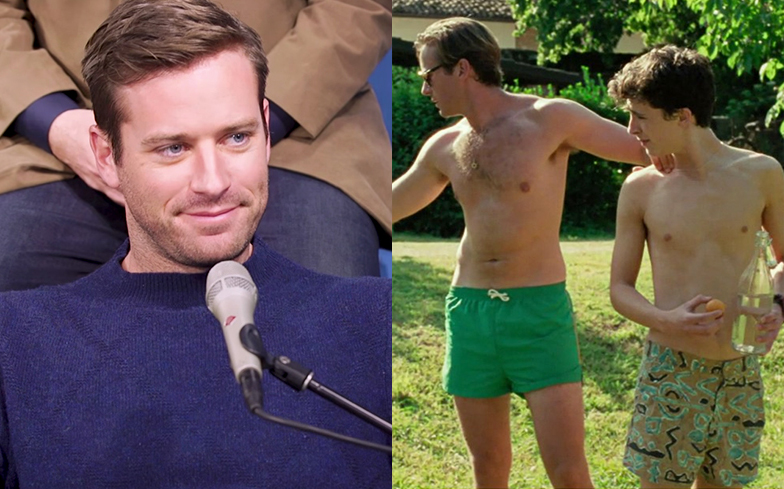 It’s not just peaches grabbing attention in Call Me By Your Name.

The critically-acclaimed movie tells the story of Elio (Timothée Chalamet) who falls in love with Oliver, (Armie Hammer), an American academic who comes to stay at his family’s home in Italy during the summer of 1983.

During a radio interview on SiriusXM, 31-year-old Armie was asked by host Andy Cohen about the brilliantly faithful 80s wardrobe in the flick – more specifically, the “science” behind those risqué short shorts.

“There was a few times where they had to go back and digitally remove my balls from the movie,” he said.

“They were short shorts. What’re you gonna do?”

We’re keeping our fingers crossed for an unedited director’s cut on the DVD release.

“Oh, my mom’s going to love listening to this interview,” Armie said, but still managed to crack a joke about where his digitally-removed assets ended up in the movie…

“If you look carefully at all the trees, it’s not all peaches.”