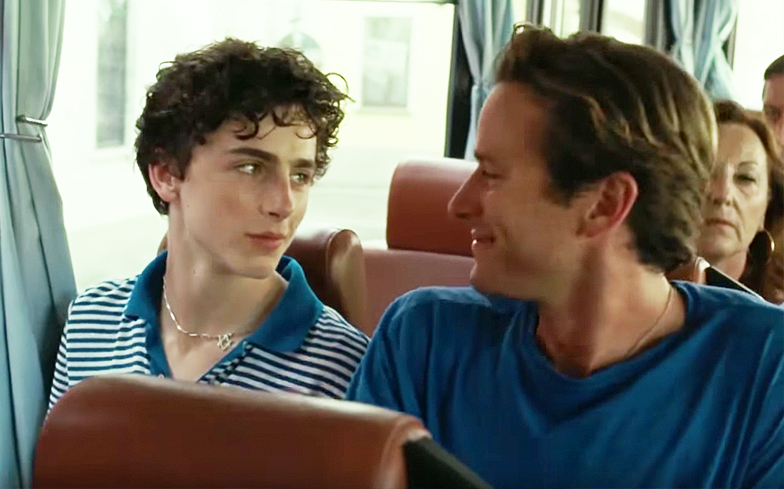 Despite how beautiful the scene looked, it was a completely different experience filming it.

Armie Hammer has revealed that despite the idealistic setting, filming the waterfall scene for Call Me by Your Name was far from a paradise.

Speaking to GQ, Hammer revealed the difficulties in getting to the location was, and that the film’s director, Luca Guadagnino struck him during filming for the scene.

In the build-up to the scene, Elio and Oliver ride on a bus to get to the waterfall. Speaking about this, Hammer said: “This bus was old as hell and didn’t have air conditioning.

“This came towards the end of the [shoot], when it actually was hot… it was stifling on that bus.”

And discussing the scene where the characters climb the mountains, he said: “This scene, where we are running up the mountain… there were no actual hiking trails, or anything like that.

“We’re just running through wilderness, and it also happened to be wilderness full of stinging nettle. The screams of joy and exuberance were actually us being stung to death with nettles.”

He added: “It was also a lot steeper than it looks on film, so sprinting up and down was exhausting. You would just be panting by the end.” Hammer also confirmed that the waterfall wasn’t even a waterfall, saying: “It’s a hydroelectric dam, and they only open the floodgates once a year, or something, to let off pressure.”

Speaking about the mood on set after the bus journey from hell and the trek of a thousand nettles, he said: “Everyone had been stung by nettle, everyone had carried up gear, everybody was really tired after a long day of hiking, and to be honest everyone was in a really shitty mood.

“We only had one take to get it, and Luca was very insistent on getting a very specific thing… he goes, ‘I want you to think about the possibilities of impossibilities.’

“I’m like, ‘You’re the director, I want to give you what you want, but I don’t know what you’re talking about.’ And he’s like, ‘Just do it!’ And he hit me [in the chest] with both of his fists.

“We stood there for a second, looking at each other, and he realised he’d just hit me, and he turned around and walked away.”

And after filming the scene, Hammer said: “We did the take, the one time we could do it, and he said ‘you nailed it.’ I’m not sure if he actually thought that I nailed it, or if he just wanted me to not press charges.”

A sequel to Call Me by Your Name has been confirmed, although Hammer clarified that the film wouldn’t be made for years to come, as director Luca Guadagnino wants the gap in the story line to take place, so each character is older.

And last December, it was also confirmed that the book’s author André Aciman confirmed on Twitter that he is writing a sequel to the novel.