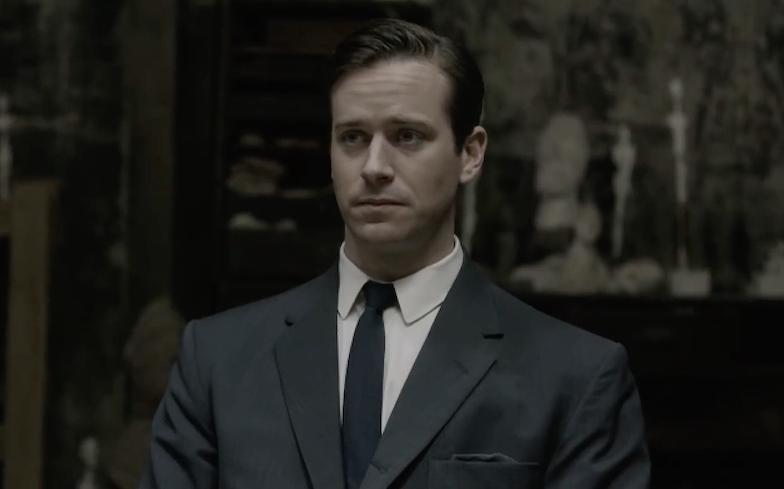 The period drama is written and directed by Stanley Tucci, and is due for release 23 March.

The Swiss artist asks Lord to sit for a portrait, and over time they develop an intense – yet purely platonic – relationship, concocting a masterpiece in the process.

Lord served in the United States Army during World War II and was forced to hide his homosexuality. After his death at age 86 in Paris, an unpublished memoir was posthumously released and detailed his many sexual encounters during the war.

This will be Hammer’s second consecutive queer character after his role as Oliver in the critically acclaimed romantic drama, Call Me By Your Name, which received an Academy Award for Best Adapted Screenplay.

Related: Call Me By Your Name sequel: Everything we know so far.

Tucci said: “Giacometti’s work and life and Lord’s poignant memoir have fascinated me for years. To finally bring my adaptation to the screen with this extraordinary cast and crew has been indeed a pleasure and to have Sony Classics distributing is a great honor.”

“He has made a remarkable film about the artistic process of the great painter and sculptor Giacometti, with a stunning cast led by Geoffrey Rush. We are thrilled to be involved.”

Final Portrait is due for release 23 March in the United States, and has so far received acclaim.