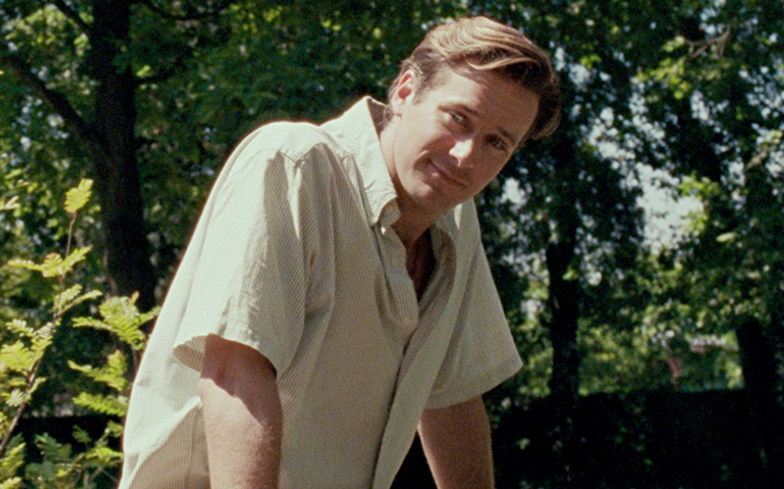 “If we do make a second one, I think we’re setting ourselves up for disappointment.”

Armie Hammer has offered an update on the Call Me By Your Name sequel, and it’s not exactly positive.

Speaking to Vulture, the American actor revealed: “No, the truth is, there have been really loose conversations about it, but at the end of the day — I’m sort of coming around to the idea that the first one was so special for everyone who made it, and so many people who watched it felt like it really touched them, or spoke to them.

When asked if director Luca Guadagnino and co-star Timothée Chalamet feel the same way, he added: “I don’t know. I haven’t had that conversation with them explicitly. But I mean, look. If we end up with an incredible script, and Timmy’s in, and Luca’s in, I’d be an asshole to say no. But at the same time, I’m like, ‘That was such a special thing, why don’t we just leave that alone?'”

Armie continued: “I’m not sure that it was ever really definitely going to happen. People just seemed so excited about it that we were like, “Oh, yeah, fuck it! We’ll do it, sure!” [Turns to publicist.] Was it ever really like, real real?”

When Call Me By Your Name was released back in 2017, it received acclaim from critics and was subsequently nominated for four Academy Awards, winning one for Best Adapted Screenplay.

Shortly after its release, fans clamoured for a sequel because the final scene in the film isn’t where the story ends in Aciman’s novel, with Oliver and Elio’s romance lingering over them both for another two decades.

Last year, André Aciman (author) revealed that he started writing a sequel, and Guadagnino also told USA Today that they were working on the follow-up together, which is reportedly going to be a “new movie, a different tone” which will take place “five or six years afterwards”.

Chalamet also confirmed that both he and Hammer are up for a sequel to the beloved film. Speaking to Time magazine, the actor said: “I don’t see any world where it doesn’t happen.”

He continued: “I think André [Aciman, the book’s author] is comfortable with a sequel being made. I know Luca really wants it. And I know Armie and I are 1000% in.”

Let’s see if this will actually happen then…

Watch the trailer for Call Me By Your Name below…