Arlo Parks is the cinematic storyteller for Generation Z 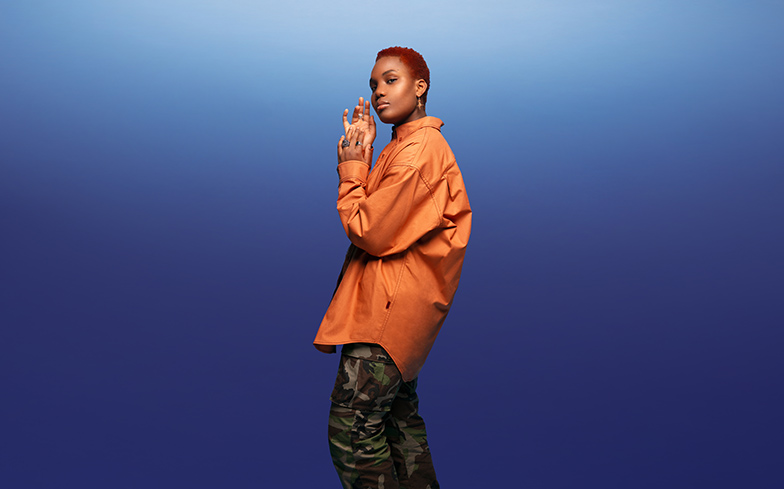 Has there ever been an artist that has summed up the confused and dysfunctional British teen experience as perfectly as Arlo Parks?

Sure, television series Skins did a pretty great job – although they dramatized it a bit too much with fan-favourite characters being bludgeoned to death with baseball bats, trampled by buses and all that. But with lyrics such as, “When did we get so skinny? / Start doing ketamine on the weekends / Getting wasted at the station / Trying to keep our friends from death,” Arlo has become the go-to voice of a new generation of anxiety-ridden teens who will never be able to afford a house (in London, anyway), have grown up in a more inclusive society thanks to same-sex marriage and a Black president, and learn more about politics, sex and tax on their iPhone X’s than they do in school. “The people who listen to my music are naturally emotional and sensitive,” Arlo tells us over the phone, knackered but optimistic after playing her last (sold-out!) show from her first headline European tour. “I’ve had people saying my songs have helped them through times of anxiety or helped them when they were alone. My music is so open and personal that it invites those same kinds of open people in.”

A self-confessed tomboy, Arlo struggled with her identity growing up, describing herself at school as a loner and the “black kid who can’t dance for shit, listens to emo music and currently has a crush on some girl in my Spanish class.” Raised in South London, half Nigerian, a quarter Chadian and a quarter French, Arlo was fluent in French before English. To overcome her insecurities, she would write short stories, create fantasy worlds and put her thoughts into journals; later becoming obsessed with poets such as Chet Baker, Ginsberg, Jim Morrison and Sylvia Plath, the latter of which has heavily inspired her songwriting today. “It’s the rawness of her work, the darkness of it,” she tells us. “The Bell Jar particularly. I found it so tragic, but so gorgeous. She’s one of those people that makes you feel heartbreak.” Arlo says she discovered her love for music around the age of 10 or 11, thanks to her father’s passion for jazz musicians such as Child’s Fingers and Marlon Davies, as well as her mother’s love for the high priest of pop, Prince. When she became a music connoisseur herself, she developed an affinity to pop-punk slash rock bands like My Chemical Romance, Good Charlotte and Arctic Monkeys, with later obsessions including artists Kendrick Lamar, Sufjan Stevens and Earl Sweatshirt; experimental musicians with honest, biographical elements. “I always felt like an outsider,” she admits. “Not completely, but I always felt slightly outside the bubble. And I guess at some point, I realised that I could never fit the mould and that translated to my music. I write about how I feel in an authentic way, I don’t filter myself that much.”

By the time Arlo was 17, she had come out as bisexual – which she says was a “spontaneous decision, just another part of my world” – shaved her head and put her confessional words to music. She had written a whole album’s worth of material… at 17. In 2018, she finally emerged on the scene with her lo-fi debut single, Cola, giving fans a first taste of her abstract and poetic lyricism. “Lead me to my own devices, it’s better when your Coca Cola eyes are outta my face. I checked your phone and no surprises, she’s grinnin’ from ear to ear in a purple haze,” she sings on the mid-tempo track. It received widespread acclaim for her lush vocals and euphoric production, cementing Arlo as an early favourite among critics – and pop superstar Lily Allen, who made it one of her top five tracks on Apple Music. With the coming-of-age anthem Super Sad Generation, which addressed the anxiety and depression within her age group (the aforementioned ketamine lyrics), Sophie, a vulnerable slow jam about her lack of confidence in her craft (“I’m just a kid / I suffocate and slip / I hate that we’re all sick”) and Romantic Garbage, a delicate love anthem (“I am digging your aesthetic / I look pathetic beside you / A little magnetic / I wanna put my problems inside you”), Arlo continued to generate buzz within the industry. Her authenticity and lack of fear with discussing mental health, social media and despair for the future cemented her as a “poet laureate” and the supreme storyteller of Generation Z. However, Arlo states that a lot of her songs aren’t specific to her own experiences and are, like we said earlier, abstract, because she wants listeners to “apply their own feelings and own lives to the song. It helps people bounce their own ideas and thoughts off the song, so it’s not hyper-specific. In some of them, I’m writing about the way it’s affected friends.” She mentions Second Guessing, from her sophomore EP, as an example. Lyrics include: “Eating Parma Violets / On the way back from therapy / Bleeding out on a velvet couch / They’re kinda worried about me.”

Although she acknowledges that “talking about mental health in general is quite a sensitive subject,” it’s never been a second thought for Arlo. With depression rates more prevalent than ever in young people and suicide the third leading cause of death in 15-19-year-olds, the star aims to use her platform to dismantle stigma around mental health – and to let her fans feel less alone. She opens up: “It was an easy decision for me to speak about it. Everyone knows someone who struggles with mental health or struggles with it themselves, so it’s important to be open about it.” Arlo highlights our toxic ‘like-for-like’ age as a core problem: “The forced perfection on social media is affecting teenagers, especially when you’re a teenager and you don’t know what you want to be. You’re a bit insecure and you’re having all these images coming at you… it’s quite stressful.”

As a member of Generation Z, Arlo is part of a new flux of millenials who are much more open when it comes to, not just mental health, but sexuality and gender identity. Growing up, they witnessed the historic legalisation of gay marriage, coming out journeys of their favourite fictional characters and queer celebrities living their truths more than ever before. We still have a long way to go, obviously, but there’s no denying her generation were raised in a society where being part of the LGBTQ community no longer felt taboo or guaranteed a one-way ticket to hell. So when we had the star on set, we asked if she could record a short video explaining the importance of queer representation in mainstream media. We didn’t really give her much of a brief, or an outline of what to say. Arlo didn’t flinch. “There are so many people out there who don’t have a voice, or don’t feel able or safe enough to be open about who they are,” she explains without hesitation. “Artists have a platform, and for people to see young queer artists being so open and comfortable in their skin is so important; to inspire those young people who feel uncomfortable or ashamed. It’s being a role model, especially in 2020 where there’s so much chaos. People being openly who they are is more important than ever.” Her songs may reflect the trials and tribulations of teendom in modern society, but make no mistake: Arlo knows who she is and she isn’t afraid to own the hell out of it. She continues: “For me, there’s never been an option not to openly be who I am, because people are always going to have something to say.”

While many people in marginalised communities have rightfully decided that it’s not their obligation to teach others about their experiences and how to be an ally, Arlo has taken it upon herself to teach the privileged about topics that directly affect her, such as racism and homophobia. She says: “I want to educate people. I feel like the only way change is going to happen is if we have conversations, and I like people asking me questions instead of making assumptions. I’m fine with explaining things to people, so they don’t ask and hold ignorant views.” Thanks to this unflinching devotion to creating change, Arlo has been praised by her fans for her openness and for inspiring them to live more authentically. Comments on the video for her latest track Eugene include, “Arlo is the first person to ever talk about this kind of relationship issue, I feel seen for the very first time in my life regarding this aspect,” and “I can’t say I ever expected to see this particular kind of gay heartbreak in a music video.” But at just age 19, how is she dealing with this sudden rise to fame? “I make sure I have a few moments everyday to step away from it all and take care of myself,” she assures. “Whether it’s meditating or cooking or running. I’ve got a good group of friends around me. I have a life outside of music and all that – it keeps me stable!” She’s also been kept grounded thanks to a supportive team who “believe in the vision, and as human beings, they are so lovely and caring. I’m the youngest out of everyone and they do look after me. It’s lovely.”

With two critically-adored EP’s (Super Sad Generation and Sophie), huge performances at both Glastonbury and Latitude Festival and a coveted shortlist placing for the BBC Music Sound Of 2020 under her belt, expectations for Arlo’s first collection are rife. But with new artists opting to release “little nuggets” instead of full-blown projects, will Arlo deliver a debut album? Well it’s good news. “It’s definitely coming along! I’ve got a few songs under my belt. I like the idea of giving people little pieces of who I am before I put out my debut,” she reveals. “The debut album is such a big thing for me, and the format is something I love, so I’m going to take my time with it.” So, can we expect Arlo to continue her cinematic depiction of Generation Z on the record – horse tranquilizers and all? “It’ll always be me writing the songs, so the lyrics will have the same tone, but I’m always experimenting with lots of different genres so it won’t be more of the same. It takes me a long time to figure out how I’m going to express something or talk about a story or emotion. But it’ll be quintessentially me.” Seeing as how she’s just released (arguably) her best song to date in Eugene, another track Arlo deems “applicable to everyone”, we’re sure she’ll drop one of the most stunning – and relatable – albums of 2020. But don’t expect Arlo to continue her reign as the poster child for Generation Z with just music. The Londoner has plans to release a book of her poems in the future, as well as a novel. This 19-year-old is about to take the world by storm.

Arlo Parks is the seventh artist to be featured as part of a new collaboration between GAY TIMES and Apple Music called Elevate; a campaign to support and platform LGBTQ music talent as they break through into the mainstream.