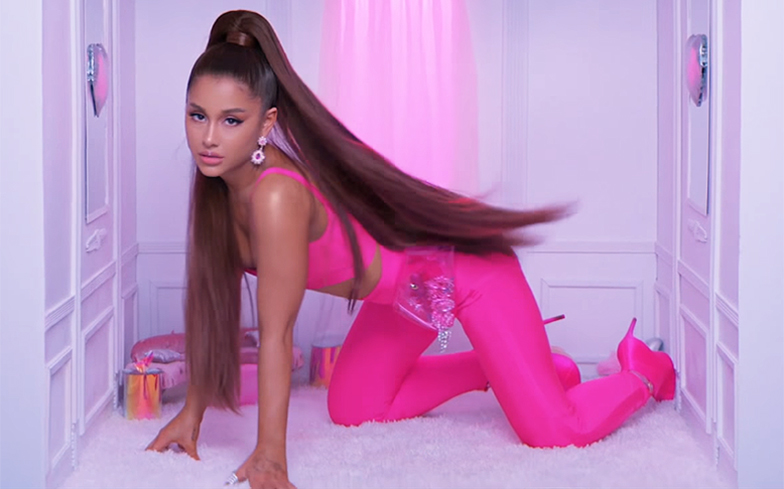 Ariana Grande has released a 32-track live album from her Sweetener World Tour.

The star released the album immediately after performing at the 100th and final stop of the Sweetener World Tour in California. It combines recordings from shows in cities such as London, Nashville, New York and Copenhagen.

Titled k bye for now (swt live), the album includes songs from Ariana’s critically-acclaimed fourth studio album sweetener and its record-breaking follow-up thank u, next, plus songs from Dangerous Woman and My Everything.

Ariana previously teased the album back in October, telling fans via social media: “about to start comping thru and picking my favorite adlibs / performance moments on this flight … just in case u want a live album one day”.

k bye for now (swt live) marks Ariana’s second album of 2019 after thank u, next.

The album’s first two singles, the title track and 7 rings, became the singer’s first two chart-toppers on the Billboard Hot 100. The third single, break up your girlfriend, i’m bored, peaked at number two on the chart behind the latter.

All three singles topped the UK Singles Chart, making Ariana the first female artist to achieve three chart-topping singles in under 100 days. The album also broke the record for the largest streaming week for a pop album in the US.

Related: Ariana Grande and Kristin Chenoweth team up for You Don’t Own Me cover.