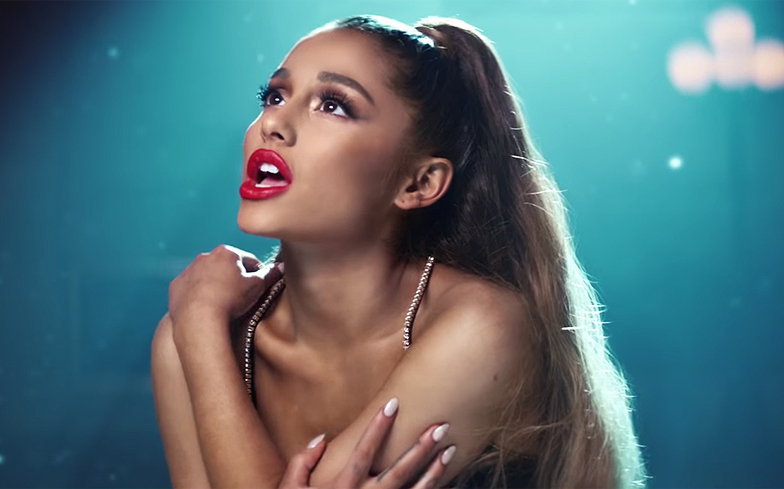 Ariana Grande has dropped the music video for Breathin’.

Directed by Hannah Lux Davis, the video sees Ariana walk through a crowded bar and train station as people rush by, likely a reflection of the singer’s state of mind this year, before she quite literally swings up in the clouds.

thank u for this beautiful visual @hannahluxdavis 🖤 i love u always

The fan favourite track, which is the third single to be released from the singer’s latest album Sweetener, is one of her most personal tracks to date – and it’s also a certified bop, with fans requesting a music video for months now.

“Feel my blood running, swear the sky’s falling, how do I know if this shit’s fabricated? Time goes by and I can’t control my mind, don’t know what else to try, but you tell me every time, just keep breathing,” she sings on the track.

Like much of Sweetener, the song deals with the anxiety Ariana has faced since the tragic bombing that took place at her concert in Manchester last year.

Ariana recently released a brand new single called thank u, next which deals with her break up from ex-fiancé Pete Davidson, and sees her mention former boyfriend Mac Miller, who tragically passed away back in September.

It precedes her fifth studio album, which will also be called thank u, next and is expected to drop before the end of the year, but with the Breathin’ music video she’s staying true to her promise to promote both Sweetener and thank u, next at the same time.

Watch the video for Breathin’ below.