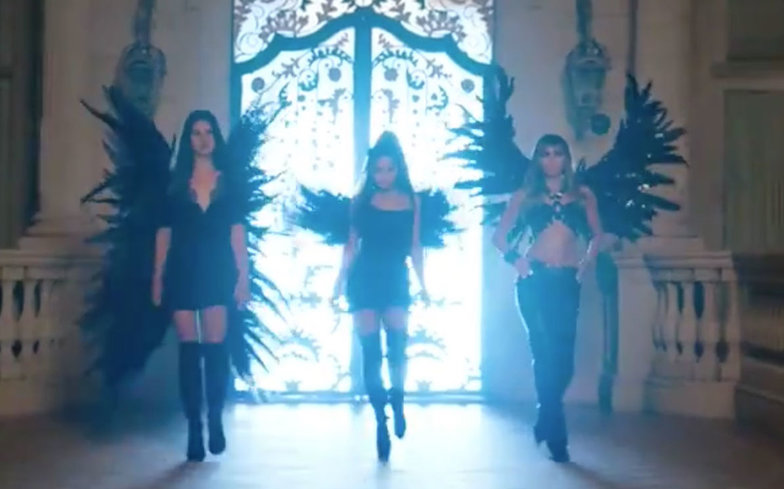 This could be the collaboration of the century.

And it looks like we’re about add a Miley Cyrus, Ariana Grande and Lana Del Rey collaboration to that list.

The three megastars have teamed up for the official theme song for the upcoming Charlie’s Angels reboot, and it sounds like it’ll be another massive empowering pop anthem in similar vein to Independent Women Part 1 by Destiny’s Child.

Don’t Call Me Angel is due for release this Friday (13 September) alongside the video, directed by Hannah Lux Davis (Thank U Next, Cool for the Summer, High Horse), and after watching the teaser 65 times, we’re sure it’s going to be epic.

It’s short, very short, but we catch a glimpse of all three stars stomping in heels, very high heels, all in black with angel wings. And good news: it doesn’t look green screened! Watch the incredible teaser below.

The first trailer for the reboot showcases the new Angels – played by Kristen Stewart, Naomi Scott and Ella Balinska – as they put their lives on their line to save the world from a young systems engineer with dangerous technology.

It will be released worldwide on 15 November – watch the action-packed trailer below.