Ariana Grande explores sexuality in Break Up With Your Girlfriend, I’m Bored video 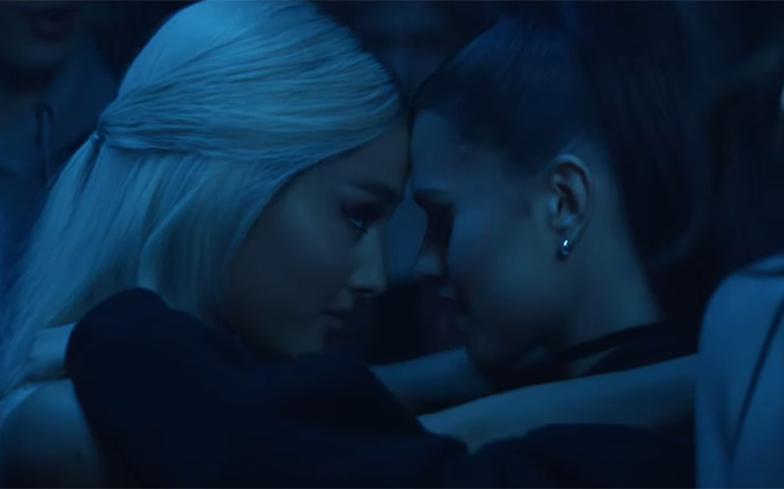 Ariana Grande has dropped the video for her new single, Break Up With Your Girlfriend, I’m Bored.

The R&B anthem is the third release taken from her long-awaited fifth studio album, Thank U Next, which is available on iTunes and streaming services as of today, and… it’s a bop and a half.

In the seductive video, Ariana seemingly pursues a male suitor in a club (played by Riverdale star Charles Melton), but flips the script and ends up having several intimate moments with his girlfriend, who happens to be an Ariana lookalike.

Is she exploring her sexuality in the video? Or is she promoting the message of self-love? Decide for yourselves.

Watch the video for Break Up With Your Girlfriend, I’m Bored below.

Break Up With Your Girlfriend, I’m Bored follows Ariana’s previous singles Thank U, Next and 7 Rings, both of which debuted at the top of several charts including the UK, Australia, Ireland, New Zealand and Canada.

They also debuted atop the summit in the United States, making Ariana the third female artist after Mariah Carey and Britney Spears to have multiple number one debuts, and the fifth artist overall.

Upon release, Thank U Next (the album) charted at number one on iTunes in over 60 countries.

Her previous studio album, Sweetener, was only released back in August. It spawned singles such as No Tears Left to Cry, God is a Woman and Breathin’.

Thank U, Next is now available on iTunes and streaming services.