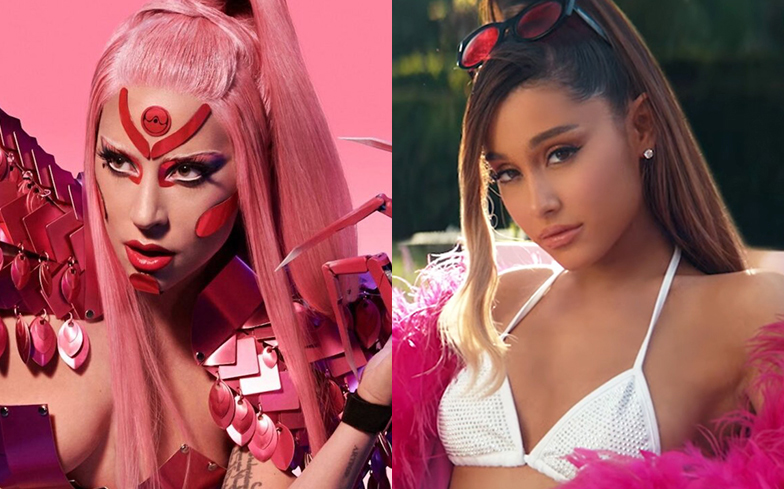 Collaboration of the year incoming?

Lady Gaga just announced that her long-awaited sixth studio album Chromatica will be released on 10 April, meaning fans will have 16 new songs to enjoy in just one month’s time.

It’s led to a string of rumours about what we can expect from the new record, and one of the most exciting ones is that Gaga has teamed up with fellow pop superstar Ariana Grande for a very special track.

Speculation first started when Gaga followed Ariana on Instagram last year, at a time she was likely working on the new album. Ariana has also ‘liked’ every post Gaga has made about her new single Stupid Love and album Chromatica on Instagram.

It may not seem like much, but collaborations are often correctly predicted by fans based on social media interactions.

The collaboration has also reportedly been ‘confirmed’ by insiders on pop music forums ATRL and Popjustice, and the rumour has since spread like wildfire on social media.

Meanwhile, Dance Moms star Abby Lee Miller posted on Instagram that she saw both Gaga and Ariana at the same dance studio this week.

Could we be getting a big pop anthem from the two pop stars? Or is this all just wishful thinking?

Gaga doesn’t collaborate with other pop stars often, but when she does it tends to be someone respected in the industry, like Beyoncé on Telephone, Christina Aguilera on Do What U Want, or Florence Welch on Hey Girl.

Here’s hoping we can add Ariana to that list soon.

In the meantime #StreamStupidLove now.