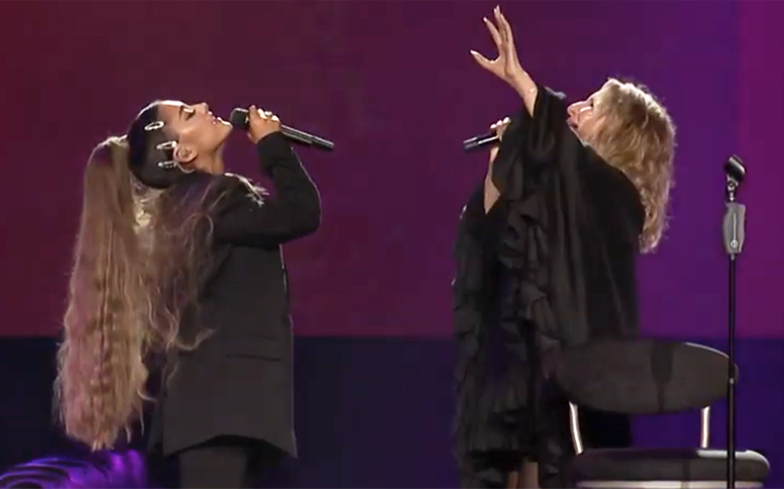 We love it when two vocal powerhouses come together for a surprise duet, and you don’t get much bigger than Ariana Grande and Barbra Streisand.

During the Chicago stop on her latest tour to support new album Walls – which features an LGBTQ anthem called Love’s Never Wrong – Barbra surprised fans by bringing out pop superstar Ariana for a duet of No More Tears (Enough Is Enough).

The disco classic was originally released as a duet between Barbra and Donna Summer in 1979. Can someone start a petition to get a remixed 2019 version with Ariana’s vocals on it, please?

Ariana, who’s gone from attending Barbra concerts as a child to now performing with her live on stage, shared a photo with the singer on her Instagram alongside the caption: “Cherishing this moment forever.”