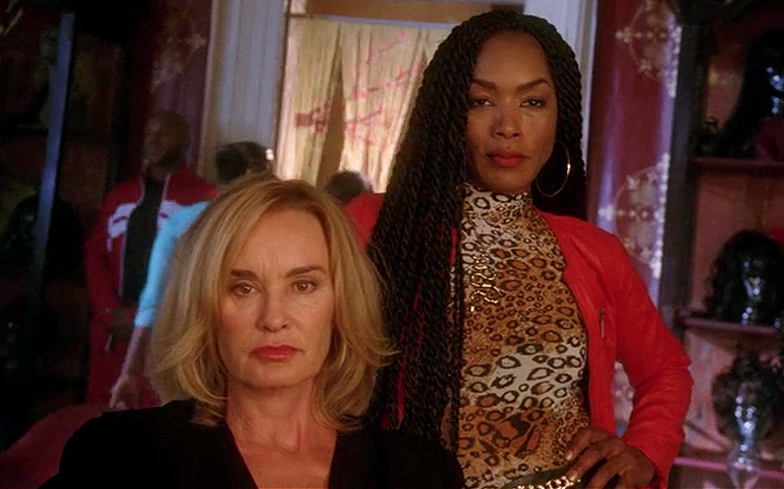 The finale of American Horror Story: Apocalypse is looking epic.

There’s only a few more days to go until the current season of the hit anthology TV series draws to a close, and if you aren’t excited enough already, there’s rumours that two major characters will be making a comeback.

In a teaser for the finale, which is titled Apocalypse Then, some eagle-eyed fans have noticed that one character, who appears for a split second only from behind, looks like it could be Coven’s iconic voodoo queen Marie Laveau.

Earlier this year, actress Angela Bassett told The Hollywood Reporter that her character wasn’t returning to Apocalypse, but there’s every chance that she was covering up what would be one of the most gag-worthy comebacks of the season.

And while Marie may have technically died at the end of Coven, it certainly wouldn’t be the first time a witch has been brought back to life.

Watch the teaser for Apocalypse Then below.

So, if Marie is making a comeback, shouldn’t her rival-turned-frenemy and former supreme Fiona Goode make a comeback, too? We’ve already seen Jessica Lange return this season to play Constance Langdon, so it’s possible.

Not convinced? Well, show creator Ryan Murphy recently took to Instagram to share a photo of Coven trio Lange, Bassett and Kathy Bates together, along with a very ominous caption.

“They know what they need to do,” he wrote.

Does this mean Marie and Fiona will join forced to bring down anti-christ Michael and stop the apocalypse?

If it doesn’t happen, we riot.