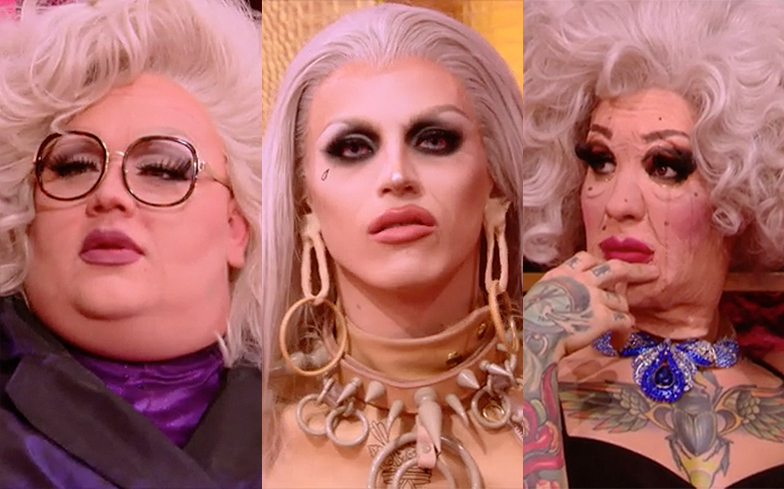 “I’ve been kicking ass all fucking competition and I’m mad that I can’t go on to the top five!”

Aquaria is not happy with last week’s Drag Race’s result, like, at all.

The episode – which saw the queens star in a parody of HBO’s acclaimed drama, Westworld – featured a non-elimination when Eureka O’Hara and Kameron Michaels delivered a killer lip-sync to Patti LaBelle’s 1984 classic, New Attitude.

When the queens return to the werk room in this week’s preview, Aquaria makes her feelings totally clear.

“I’ve never liked in past seasons when they’ve kept two people, and especially putting my effort in yesterday, I wish that we could keep rolling along with the competition,” she complains. “I’ve been kicking ass all fucking competition and I’m mad that I can’t go on to the top five, because there’s people who’ve been – no shade – skating by.”

In her confessional, Kameron speculates: “I know she’s talking about me. I find that funny because I won last week’s challenge, but to my knowledge, Cracker hasn’t won so I don’t need to sit on this couch and defend myself.”

“Girl I’m sorry but that’s so narcissistic for you to correlate them two staying with you being further away from the crown, and it’s so irritating to me that you turned it into something about you, when this has nothing to do with you,” she explains.

Later, Aquaria apologises for her salty attitude, telling the queens: “If I may, this competition is so mentally, emotionally and physically draining, and top five was a goal for me. But my apologies for making you feel whatever way.

“I just wish I could’ve expressed this feeling without hurting people’s feelings. Asia, thank you for checking me and keeping me in line!”

After settling their differences, the contestants channel their inner “masc4masc” when they participate in a manly photoshoot for a body spray called ‘Trade’.

We are here for the mini-challenges this season! H-E-R-E, here!

Watch the 11 minute preview below:

In this week’s episode, the queens give drag makeovers to social media superstars, such as Tyler Oakley and Frankie Grande.