Dramaaa! Aquaria and The Vixen come to blows in the Drag Race sneak peek 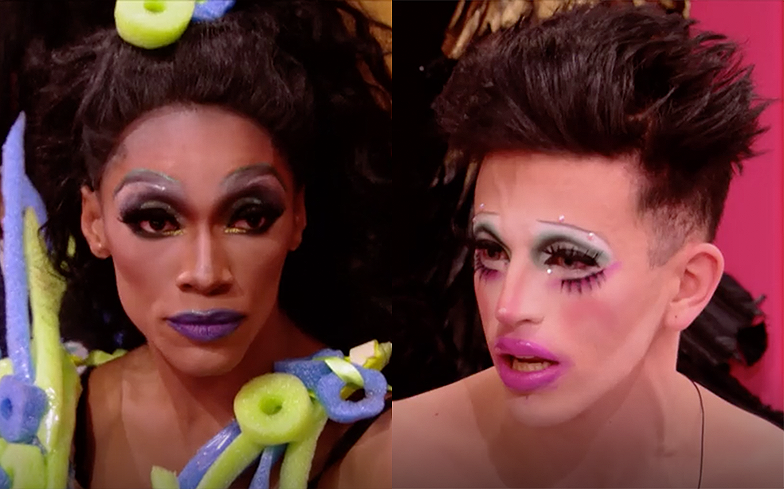 It’s getting severe up in here!

The gay gods have blessed us Drag Race fanatics with some drama for the brand new episode, and we are living!

In this brand new sneak peek, the queens return to the workroom to discuss Vanessa Vanjie Mateo’s elimination. Kalorie Karbdashian-Williams then questions Aquaria on the beef between her and an oblivious Miz Cracker, which she downplays, despite calling her out in Untucked.

The Vixen then makes good on her claim to start fights this season, when she attacks Aquaria for being “vague”.

“No, this is what happened. We all know that these two lookalike. You was bothered that she was doing the same face as you. You was mad! If you was mad then be mad to her face!” she shouts.

Aquaria hits back: “Vixen shut the fuck up! This is what happened. You interjected and got everyone all fired up. Guess you need your moment to pop off, because you’re not going to have too many more…”

Watch the shady AF exchange below.