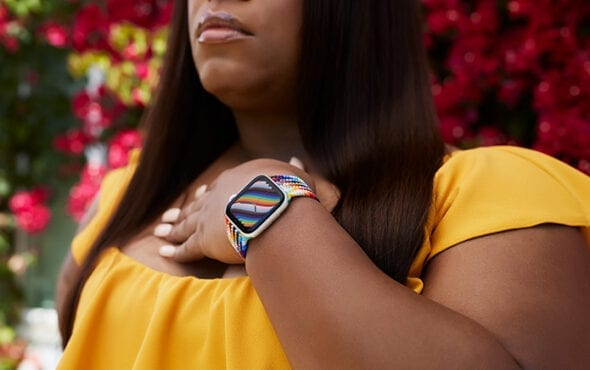 Apple has unveiled a new Apple Watch Pride Edition band which is more representative of the LGBTQ+ community and includes a broader set of colours.

Since 2016, Apple have released a new Apple Watch Pride Edition band that members of the community can proudly wear on their wrist.

This latest edition has added black and brown shades to symbolise Black and Latinx communities, as well as light blue, pink, and white to represent trans and non-binary individuals.

It’s more reflective of the inclusive Pride flag which has grown in popularity over the past few years as a symbol of solidarity with intersectional and marginalised communities within the LGBTQ+ movement.

“Even before the events at the Stonewall Inn brought the LGBTQ+ movement to new prominence, Black, Brown, and transgender activists were key leaders in the march toward equality,” said Tim Cook, Apple’s CEO.

“On many fronts, Apple supports the ongoing and unfinished work of equality for diverse and intersectional communities, and we want to provide every opportunity to celebrate and honour this history during Pride season.” 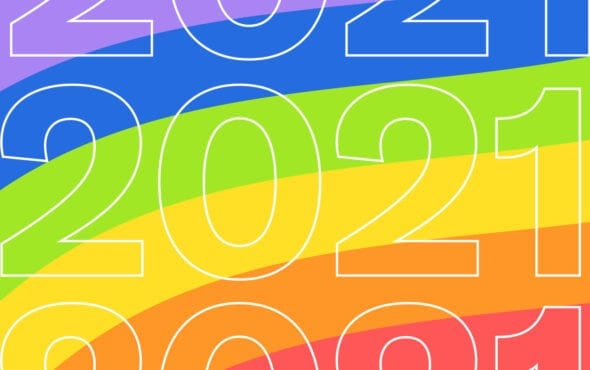 The new Apple Watch bands come in a Braided Solo Loop option and a Nike Sport Loop option. They are available to order now and will be available from 25 May, just in time for Pride Month.

The 2021 Pride watch face is coming soon as part of a software update.