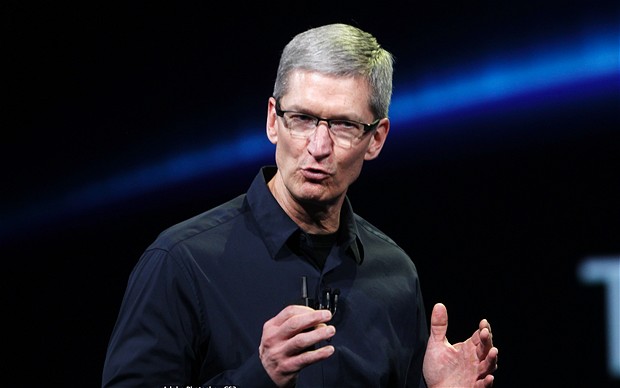 Tim Cook says he’s proud of being gay and that it’s “God’s greatest gift” to him.

In an exclusive interview with Christiane Amanpour for CNN, the Apple CEO revealed that he went public with his sexuality because of the influence it would have on LGBTQ youth.

“I was public because I started to receive stories from kids who read online that I was gay,” he admitted, before explaining that staying in the closet would be “selfish” of him, especially when he could help so many others who have bullied because of their sexual orientation.

“I needed to do something for them,” Tim continued. He also wanted to prove to children that they can “be gay and still go on and do some big jobs in life.”

Regarding his own role at Apple, Tim said coming out as gay helped develop his skills as a leader.

“I learned what it was like to be a minority,” he told Christine. “The feeling of being in a minority gives you a level of empathy for other people who are not in the majority. That turns out to be pretty beneficial from this role as well.”

Earlier this year, the activist delivered his own empowering version of the ‘It Gets Better’ message.

“I stand before you tonight as an uncle, a sports nut, a CEO, a lover of the beautiful Utah outdoors, and a proud gay American,” he began his speech.

“I’ve come to deliver a simple message, that I want every LGBTQ person to hear and believe. You are a gift to the world, a unique and special gift just the way you are. Your life matters. To you I say: Find your truth, speak your truth, live your truth.

“My heart breaks when I see kids struggling to conform to a society or family that doesn’t accept them, struggling to be what someone else thinks is normal. Let me tell you, normal just might be the worst word ever created.

“We’re not all supposed to be the same, feel the same or think the same, and there is nothing wrong with you.”

He continued: “Now I know that life can be dark and heavy, and sometimes it might seem unreasonable and unbearable. But just as night turns to day, know that darkness is always followed by light.

“You will feel more comfortable in your own skin, attitudes will change, life will get better, and you? You will thrive.”

Watch his inspiring speech below.