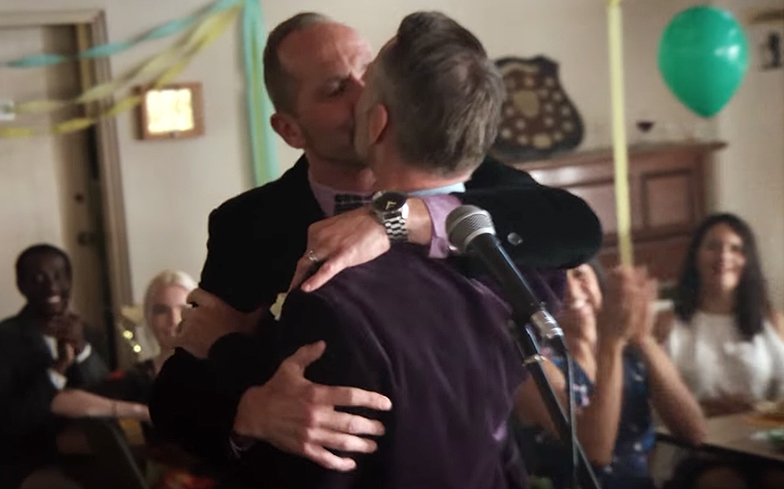 The tech giant is known for promoting equality both within the company and outwardly through their marketing campaigns, while their CEO Tim Cook is openly gay and regularly speaks out in support of LGBTQ rights.

So it’s no surprise that their latest Australian advert for the iPhone X, which is aptly titled First Dance, follows that trend by shining a light on the weddings that are now possible since the country introduced marriage equality late last year.

The video, which is set to the song Never Tear Us Apart by Courtney Barnett, features a compilation of clips of same-sex weddings between men and women that have been filmed on the iPhone X.

Watch the advert below.

Meanwhile, Bermuda has disappointingly become the first country to legalise and then repeal same-sex marriage.

However, in February, Governor John Rankin signed a bill replacing the legislation with The Domestic Partnership Act, which will allow gay and straight couples to form domestic partnerships in the government’s attempt at offering “equal rights”.

The ruling was met with widespread backlash from international human rights groups, who claim the decision contradicts Bermuda’s constitution of protecting its citizens from discrimination, and legal challenges have appeared.