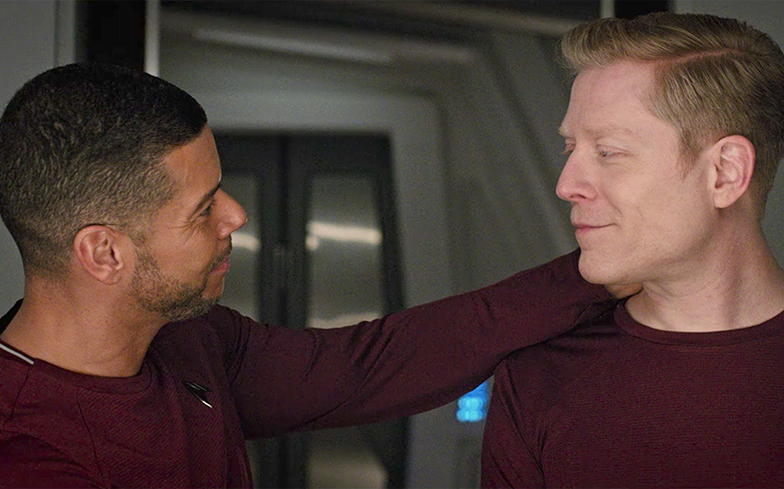 Anthony Rapp has confirmed that Star Trek’s first gay romance isn’t over yet.

Back when it first aired, Star Trek: Discovery boldly went where it had never been before by introducing a gay couple, Lieutenant Paul Stamets (Anthony Rappy) and Dr Hugh Culber (Wilson Cruz), for the first time in the show’s history.

Fans were left disappointed when Hugh was seemingly killed off towards the end of season one, but a surprise twist saw him return during season two, although his relationship with Paul was put on hold.

Speaking at PaleyFest on Sunday (24 March), Anthony reassured fans that their romance isn’t completely over, and that viewers can expect more development for them in season three, which was recently confirmed.

“We’re still in the midst of it,” he said. “Things are continuing to evolve. We’re grateful we’re given something authentic and complicated [by the writers].”