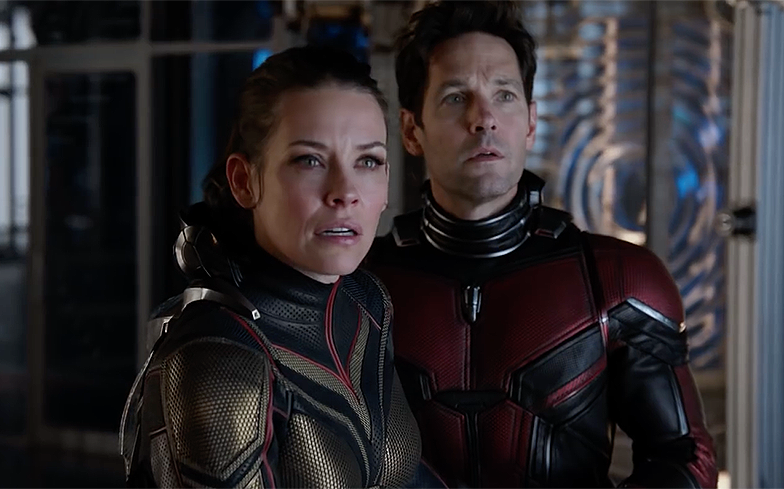 Less than a week after the premiere of Avengers: Infinity War, Marvel Studios have released the hilarious, action-packed trailer for the MCU’s 20th adventure, Ant-Man and the Wasp.

The highly-anticipated sequel will be the first instalment in the Marvel Cinematic Universe since The Avengers and Guardians of the Galaxy’s epic showdown with the intergalactic titan, Thanos.

However, if you were hoping to witness the fallout from Infinity War, you’ll have to wait until next April, because Ant-Man and the Wasp will be set before a few months before.

Its premise reads: “From the Marvel Cinematic Universe comes a new chapter featuring heroes with the astonishing ability to shrink: Ant-Man and The Wasp. In the aftermath of Captain America: Civil War, Scott Lang grapples with the consequences of his choices as both a Super Hero and a father.

“As he struggles to rebalance his home life with his responsibilities as Ant-Man, he’s confronted by Hope van Dyne and Dr. Hank Pym with an urgent new mission. Scott must once again put on the suit and learn to fight alongside The Wasp as the team works together to uncover secrets from their past.”

Ant-Man and the Wasp is scheduled to be released in the United States on 6 July 2018, and a month later in the UK. We know, how will we avoid spoilers?! C’mon Marvel!

Watch the fantastic trailer below:

Related: Why Avengers: Infinity War is everything you’re not expecting.