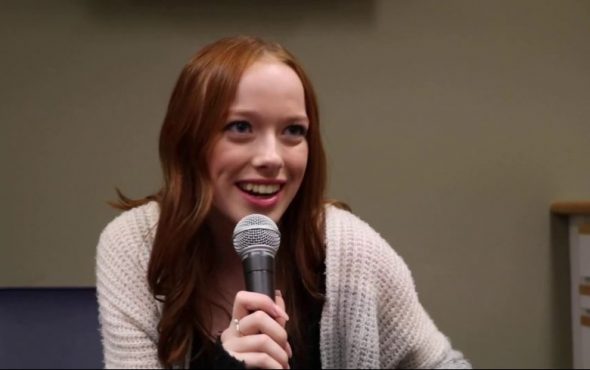 The actresses’s coming out tweet came during the middle of Pride Month.

Anne with an E fans rejoiced as Amybeth McNulty, who portrayed the show’s main character, “accidentally” came out midway through Pride Month.

In a tweet, posted on 17 June, she simply wrote: “Well, I think I just accidentally came out hahaha happy pride month lovelies.” Fans were confused about the word ‘accidentally’ but found on the same day she’d liked a tweet saying: “AMYBETH MCNULTY IS BI AS HELL.”

In the tweet, the actress was draped in a rainbow flag, presumably at a Pride march. However, Amybeth didn’t confirm whether she identified as bisexual, or if she was elsewhere on the spectrum.

Nonetheless, fans were enthused by the news, with over 95,000 people liking the tweet so far. One fan, using a host of rainbow hearts, wrote: “I love you and I’m proud of you, anyway! Congrats!”

Another added: “I’m so happy that you felt comfortable enough to share this!! We love and support you!”

And another said: “Congrats!!! You deserve so much love, support, and as always tons of happiness in your life. Congrats again on coming out!!!”

Fans of the show, which was cancelled last year, had long speculated that Amybeth’s character, Anne, was at the very least bisexual due to her closeness to her “bosom friend” Diana Barry.

Although the show never touched on this fan speculation, some people saw Amybeth’s coming out as a testament to the theory. It did however feature queer relationships, with Diana’s aunt Josephine living with her partner, Gertrude, and Anne and Diana’s classmate, Cole.