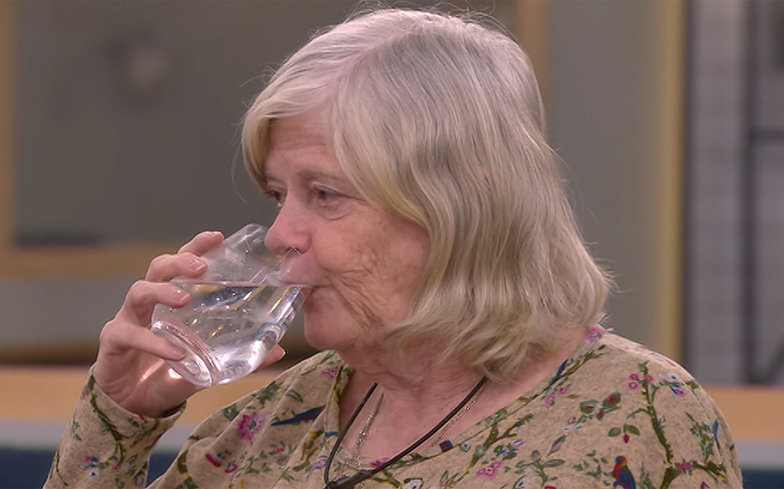 Celebrity Big Brother contestant Ann Widdecombe has been branded a ‘homophobe’ by viewers.

The former Conservative MP has a notoriously poor record on LGBTQ rights, and this week she caused further controversy after branding a potential romance between two male contestants “disgusting”.

On Monday night’s episode of CBB, Andrew Brady and Shane Jenek – known to most as Australian drag queen Courtney Act – continued to ham up their bromance by play-fighting together in the living room.

When they returned to the kitchen with the rest of the housemates, Shane made reference to Ann voting against same-sex marriage by joking: “You might not support our marriage Ann, but you have to recognise our love.”

“Don’t be disgusting,” Ann snapped back.

Before Shane had a chance to question her comment, the conversation changed to another topic – but fans are now calling for Ann to explain herself, or worse, be evicted from the house altogether.

“Ann really needs to be called out for her homophobia,” wrote one viewer. “If I was Shane I would have gone ape at her. As for the others defending her due to her age I’m disgusted.”

“As a gay man who remembers the horror of homophobia in the UK in the 80s/90s when Ann Widdecombe was an MP, I’m amazed you’ve allowed her comments now we are in 2018. Hope to see her reprimanded,” wrote another.

@Rylan @EmmaWillis @channel5_tv As a gay man who remembers the horror of homophobia in the UK in the 80s/90s when Ann Widdecombe was an MP, am amazed you've allowed her comments now we are 2018. Hope to see her reprimanded. Ann & her views are disgusting, love never is.

“Don’t be disgusting” – to two men talking about their love. Sums up Ann Widdecombe in a nutshell. She’s disgusting. #cbb @bbuk

Ann Widdecombe is now the favorite to win #CBB. 🤦🏾‍♀️ She’s bossy and judgemental, a misogynist and a homophobe. Please be better than this, Britain.

If anyone else showed such a homophobic attitude as Ann they'd likely get kicked out. She shouldn't be allowed to get away with it, sets a bad example #cbb #cbbuk

Sexuality and gender have been hot topics on this season of Celebrity Big Brother, with trans newsreader India Willoughby being repeatedly mis-gendered and causing rifts by sharing her ‘phobia’ of drag queens.

Former British footballer John Barnes also faced accusations of homophobia earlier this week when he essentially claimed that he’d no longer be friends with Andrew if he took his relationship with Shane any further.

Shane later confronted John to clarify his remarks, but the footballer made further problematic comments, suggesting straight men are uncomfortable around gay men because they feel like they are being sexualised.

“I know it shouldn’t be that way… men are comfortable just being in a room with a woman, not in a sexual way, because they don’t think, ‘She wants to have sex with me’,” John said.