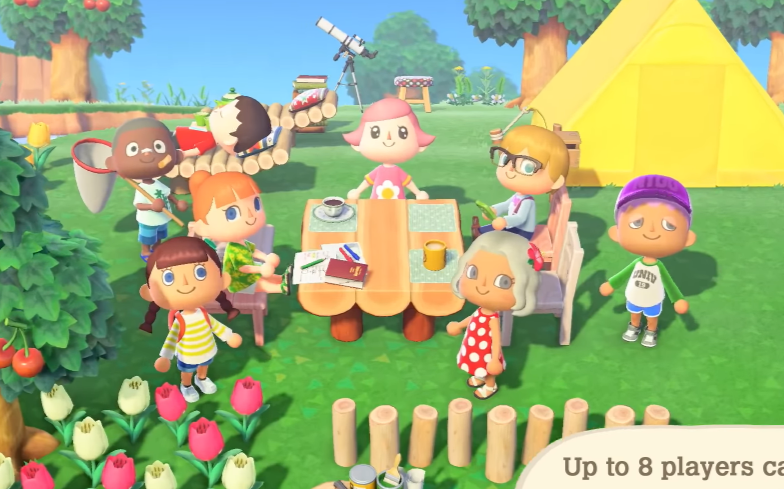 Players will be able to create their character anyway they want.

We can barely contain our excitement for the latest installment in the Animal Crossing franchise, and as the days to its release count down, we’re being fed more and more information.

One of the recent updates on the Animal Crossing Twitter page was about “checking in” and character creation. Before in the series, you spoke to a cat, called Rover, and your answers determined your appearance, hairstyle and eye colour.

Now, these options can be chosen by the player right off of the bat. The player gives the check-in staff their name and birthday, and are then free to customise their appearance with any hairstyle option they want, vastly improving customisation for non-binary players.

And as long as the player has a mirror or vanity, they’ll be able to change their appearance. What this means for our favourite poodle, Harriet, we don’t know, but we’re sure she’ll pop up in form or another.

In the previous main game in the series, Animal Crossing: New Leaf, players were able to cross-dress, although Mabel would try and hint that the player should choose clothing that more fitted their gender identity. Hopefully, that dialogue will be removed, but we’re still waiting on more information about how the Able Sisters will work this time around.

Fans of the series were happy with the move, with one writing: “Animal crossing said fuck gender you’re all cute.” And another added: “We can be as fluid as we want!”

Last year, DONTNOD announced their latest game, Tell Me Why, and revealed that it would feature a trans man, Tyler, as one of the main protagonists.

“Tyler is a fully-realized, endearing character, whose story is not reduced to simplistic trans tropes. Creating a playable lead trans character – and taking such care to get it right – raises the bar for future LGBTQ inclusion in gaming.”

Animal Crossing: New Horizons will be released on the Nintendo Switch on 20 March.