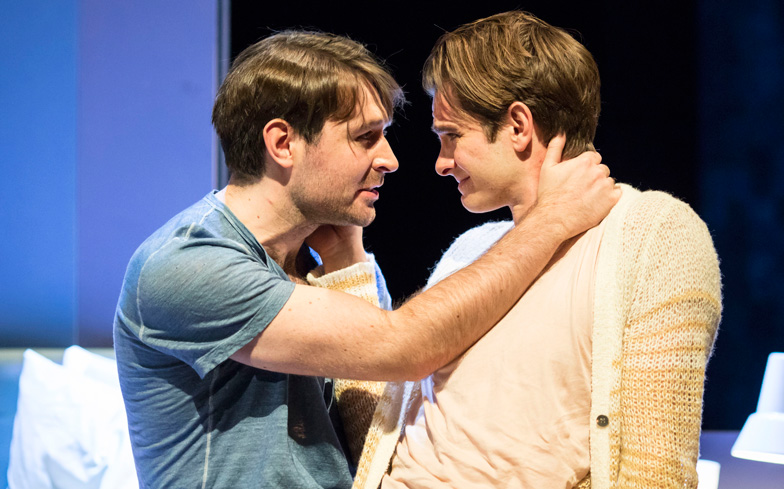 The British actor took home the Best Leading Actor in a Play gong for his performance as Prior Walter.

Upon collecting the award at the 2018 Tony Awards at Radio City Music Hall, Andrew said: “At a moment in time where maybe the most important thing that we remember right now is the sanctity of the human spirit, it’s the profound privilege of my life to play Prior Walter in Angels in America because he represents the purest spirit of humanity, and especially that of the LGBTQ community.

He continued: “So I dedicate this award to the countless LGBTQ who have fought and died to protect that spirit, to protect that message – for the right to live and love as we are created to.”

#TonyAwards: Andrew Garfield wins Best Actor in a Play for 'Angels in America' saying, "Let's just bake a cake for everyone who wants a cake to be baked." pic.twitter.com/nbKhRWK8TC

During his acceptance speech, Andrew also noted a recent Supreme Court decision that sided with a Colorado baker who declined to make a cake for an LGBTQ couple on religious grounds.

“We all belong, so let’s just bake a cake for everyone who wants a cake to be baked,” he ended this speech, to great applause.

Angels in America follows the lives of a group of New Yorkers as they grapple with life and death, love and sex and heaven and hell against the backdrop of the AIDS crisis in Reagan America in the mid-1980s. The cast includes Nathan Lane, Denise Gough and James McArdle.

The play is directed by Marianne Elliott who has been honoured with an OBE by The Queen. Her production of Company featuring Patti LuPone with open later this year in the West End.

Nathan Lane wins Featured Actor in a Play for ‘Angels in America’ saying "this award is a lovely vote of confidence that I've been on the right path” #TonyAwards pic.twitter.com/w0zUJCAdWq

Angels in America picked up two other Tony Awards. Nathan Lane was awarded Best Supporting Acting in A Play and the show was presented with Best Revival of a Play.

Tony Kushner’s Pulitzer Prize-winning work received 11 American theatre nominations ahead of the night, marking it the most Tony-nominated play in Broadway history.

The 2018 Tony Awards were hosted by Sara Bareilles and Josh Groban.

A full list of winners can be found here.