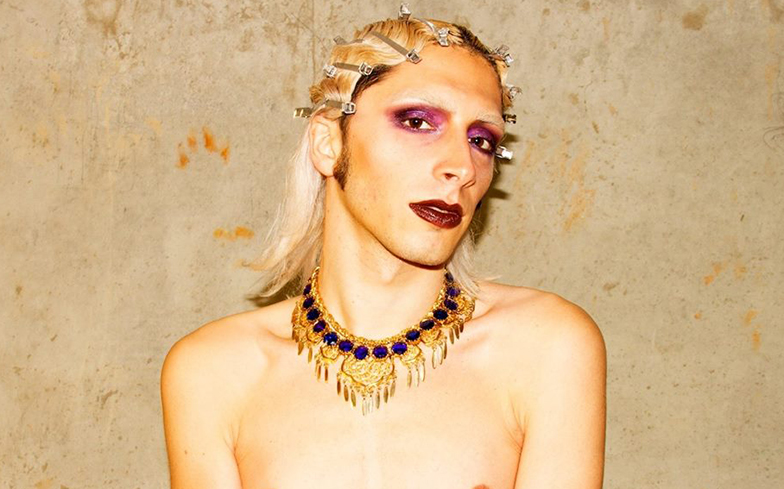 Andrea Di Giovanni has released a new single about queer love in Russia.

Forbidden Love, as the name suggests, is a dark pop single that takes inspiration from the fight for equal love and his own experiences as a genderqueer, LGBTQ person in today’s society.

“This is our forbidden love, we don’t know who we can trust, so where do we go?” he questions on the thumping, atmospheric track, which he tells us is written from the perspective of a queer couple living in Russia.

It was recently reported that Russian state Chechnya had launched another crackdown on LGBTQ people, with activists claiming that at least two people have been killed and a further 40 have been detained because of their sexual orientation. “Forbidden Love is a song that touches two pivotal topics for the LGBTQ+ community: the struggle to love who you truly wish to love – and yourself – and the need for the community to respect and cherish our history and give back to our trans folks, especially trans POC,” Andrea says.

“As an activist myself, I felt the need to highlight how in 2018 there are still 72 countries where being queer is prohibited or criminalised.

“There are concentration camps for LGBTQ+ people in Chechnya and we’ve seen an uprising hate toward the trans/non binary/GNC community, resulting in the deaths of more than three hundred trans women all over the world.

“I want to talk to my beautifully diverse community and create a dialogue regarding the fact that we have to act as a group, caring for each others’ issues and not only the ones we feel personally touched by.”

You can listen to Forbidden Love below.