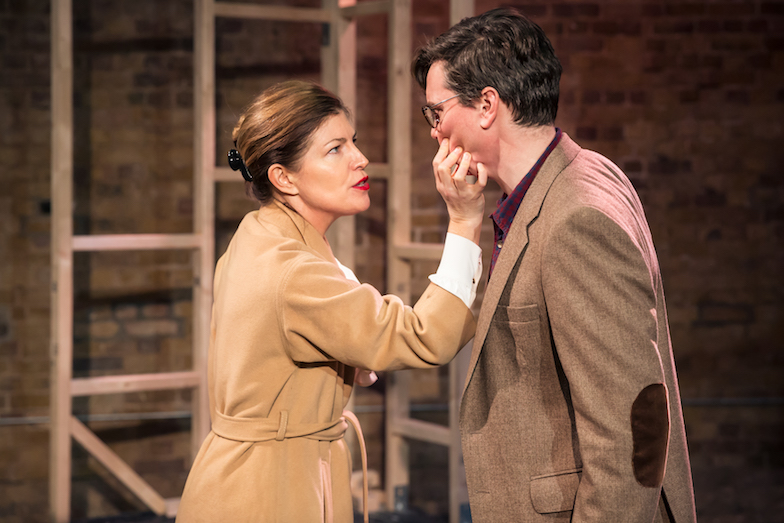 Adapted from Henrik Ibsen’s play of the same name, Arthur Miller’s An Enemy of the People feels especially prescient given the current political climate.

Written during the same period as The Crucible, An Enemy of the People hasn’t been staged in London for nearly 30 years. It tells the story of scientist Thomas Stockmann (David Mildon) who is fighting to expose a corrupt regime and press. Directed by Phil Willmott, it has recently opened at Southwark’s intimate Union Theatre.

It’s certainly an interesting and thought-provoking text. This rendition modernises the story and moves the setting away from its original Norway to small-town America. Events unfold in the rundown Kirsten Falls USA, where Mayor Stockmann (Mary Stewart) is about to open a new spa resort. This, she claims, will entice visitors, boost tourism and make every resident of the town better off. However, her brother has evidence showing that the spa water is seriously contaminated, with knock on implications for many of the townsfolk.

While the plot moved a little slowly during the first act, we were still intrigued to see where it was going. We enjoyed the many parallels with modern politics – Republican and Trump-like rhetoric is plentiful; the impartiality of the press is questioned throughout; attempts to discredit the scientist’s findings were so pronounced, we were expecting someone to say that the people had had enough of experts.

Thankfully our patience during the first act was rewarded, with an engaging town hall debate in the second half. This proved the play’s strongest scene, featuring sterling performances from both Mildon and Stewart. However, we did note that much of the rest of the acting wasn’t up to the same standard – some scenes and lines felt under-rehearsed. There was a stiffness to certain characters and certainly a number of questionable accents throughout. We also felt many of the production elements felt a little amateur – the set and lighting were functional at best.