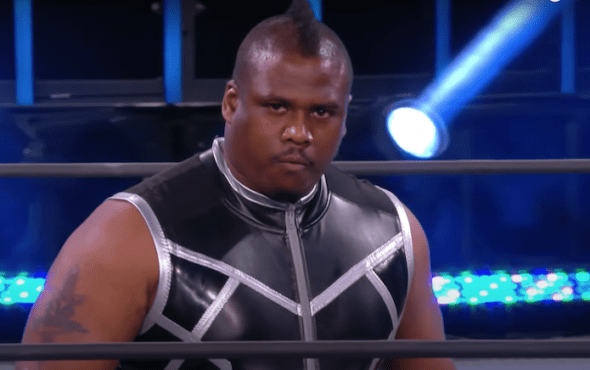 American pro wrestler Mr. Grim aka “The Hitman for Hire” opened up about his sexuality in a heartfelt social media post.

We’ve all set New Year aspirations to live by, but it looks like Chris Lewis has gone a step further in embracing his truth.

Lewis, who goes by the wrestling moniker “Mr Grim”, publicly came out in a moving personal tweet on New Year’s Day.

His brave tweet read: “For years, I’ve struggled with my identity. Too worried about how others would feel or think about me. I’ve finally gained the courage to openly express that I’m Pansexual.”

Lewis ended his tweet thanking American actress and fellow professional wrestler Nyla Rose for her being his “inspiration” who offered “endless support” throughout the process.

Rose, a long standing supporting of Lewis, light-heartedly replied to the tweet encouraging the wrestler to buy a flag.

In 2019, Rose had history herself in becoming the first open transgender wrestler to sign with a major American promotion.

For years, I've struggled with my identity. Too worried about how others would feel or think about me. I've finally gained the courage to openly express that im Pansexual. Thank you @NylaRoseBeast for being my inspiration, supportive and holding my hand throughout this process.

Since posting the tweet, Lewis has faced an outpour of support from fans online. One enthusiastic fan replied to Lewis with a thoughtful message after learning the wrestler was pansexual.

The tweet read: “Wow, to be a BLACK MASCULINE MAN with the boldness to do this… congrats on doing this. I hope your family accepts you, as a person who is DL for life due to mines.

“I hope you can look further to good times and new adventures… And also a new contract as you’re such a talent!”

Thank you for taking the time to put this article together. I can't thank everyone enough for the support and love that I've received since the announcement.
💚💚💚💚 https://t.co/z1vKpOJ1U0