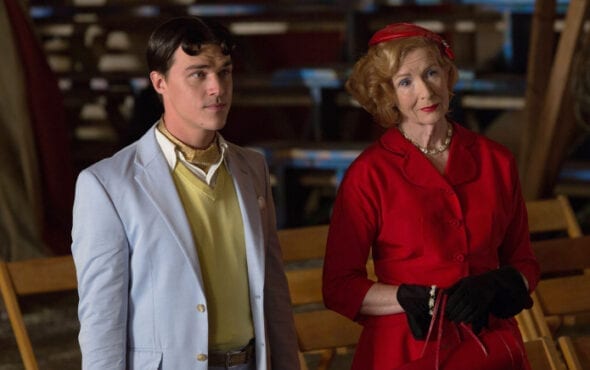 American Horror Story season 10 will be “different in tone” to its predecessors, according to Finn Wittrock.

In a recent interview with Entertainment Weekly, the star – who previously appeared in Freak Show, Hotel, Roanoke and 1984 – teased the highly-anticipated new season as production continues in Provincetown, Massachusetts.

“I think this is OK to say, I think the suspense in this and the tight, constrained nature of the story is different than other seasons,” said Wittrock. “I was really interested in trying to mount the pressure in the right way, if that makes sense.”

The Emmy-nominated entertainer continued to say that season 10 is “different in tone than a lot of the other seasons,” and confirmed that his character is “the most ‘normal person” that he’s played on the show, joking: “That’s not saying much.”

Macaulay Culkin has also joined the franchise in an unspecified role.

Last year, Paulson – who recently earned another Golden Globe nomination for her work as the title character in Ratched – semi-confirmed the 10th season’s ever-elusive theme in a video interview with Harper’s Bazaar.

Murphy also teased the direction of the season with the official poster, which features a hand in a surgical glove operating on a mouth full of fangs with a fountain pen. No date has been announced for the season so far, but it’s expected to premiere sometime this year.