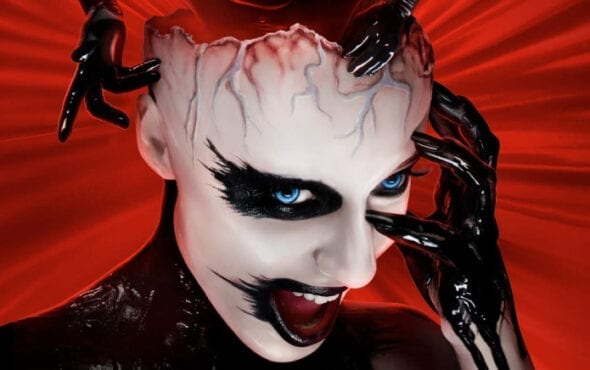 The cast for American Horror Stories is stacked.

American Horror Stories, which will run for seven episodes, explores a different myth or legend from horror lore each episode, which will likely allow for more obscure and terrifying concepts we haven’t seen on the flagship series.

Although details for the details are scarce, we do know that Melton, Burnside, McHale and Greetham’s characters will all appear in the same episode, which will have a Christmas theme. Their characters were seen on set being chased by security after pranking a mall Santa, played by Trejo.

A teaser directly tied into the first season of American Horror Story, Murder House, with the return of the Rubber Man (as well as a Rubber Woman).

Another featured an inferno, horned figures, snakes and other spine-chilling imagery, alongside the caption: “Fear takes new form. A twisted new anthology.”

Watch the cast announcement here or below.

And this isn't even the half of it. Take a peek at some of the American Horror Stories cast. The brand new anthology series begins streaming July 15 only on #FXonHulu. #AHStories @AHSFX pic.twitter.com/Phu6dh02Vd

The 10th season of the parent series will debut in the same week as the finale, on 25 August.

According to Murphy, the season will be split into two parts. Previously released photos have shown Grossman and Culkin on a beach in Provincetown – one of the top vacation spots in the US for the gays – and some gnarly looking creatures as they stomp down a dark street.