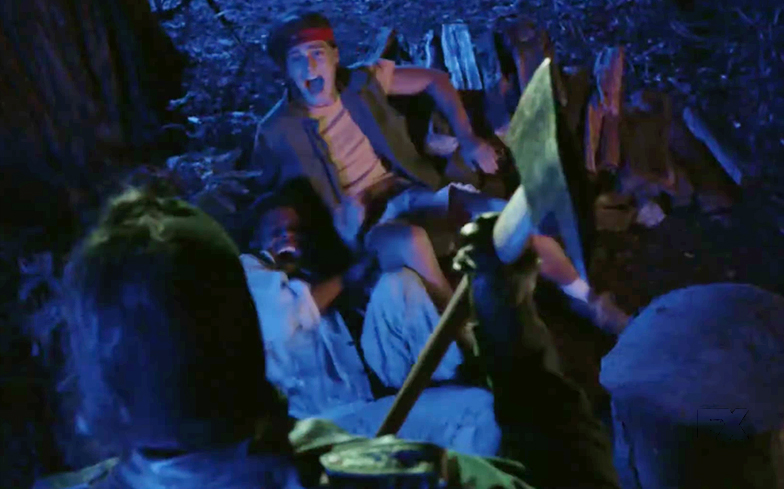 The teasers we’ve seen so far have pointed towards a summer camp theme, with a generic-looking slasher movie villain killing off unsuspecting high school archetypes – from the jock, to the dream girl, to the nerd, to the prankster and the stoner.

Two new teasers have just been released, which are sending fans wild with excitement. The first

A teaser poster has also been released – although you might want to look away if your squeamish.

Just like the majority of the show’s promotional material, it’s wise to treat these clips with a bit of suspicion. Early teasers and posters for American Horror Story are usually ambiguous, and often end up having nothing to do with the final product.