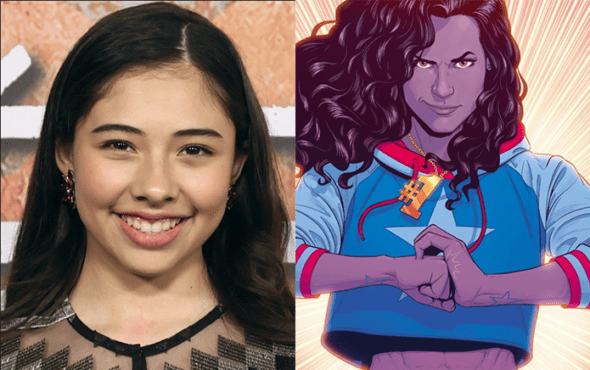 We need 2022 to get here IMMEDIATELY!

It’s been announced that Marvel’s first Latina lesbian superhero, America Chaves, will be featured in the upcoming Doctor Strange In The Multiverse of Madness.

Xochitl Gomez from the popular Netflix series The Babysitters Club will be portraying the fan-favourite superhero in the film.

She is an alien from Utopian Parallel that traveled to Earth after the near destruction of her home universe.

A member of the Young Avengers, Chavez has super strength, flight and can even create pathways to other universes.

Marvel has been on fire when it comes to LGBTQ+ representation.

Fan-favorite Valkyrie is getting a female love interest in the new Thor sequel and the MCU will also be featuring the first openly gay superhero in the studio’s upcoming Eternals film.

Doctor Strange In The Multiverse Of Madness is currently in production and will see Benedict Cumberbatch reprise his role as the titular character, Benedict Wong as Wong, Rachel McAdams as Christine Palmer, Chiwetel Ejiofor as Mordo and will also feature Elizabeth Olsen as Wanda Maximoff.